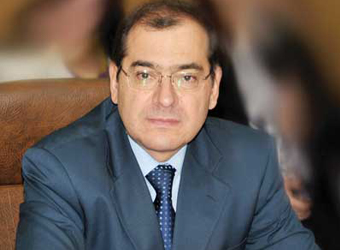 Egypt has rapidly increased its production of natural gas and hopes to become a hub for exporting to Europe after making a series of big discoveries in recent years.

Molla, speaking at a joint news conference with Cyprus Energy Minister Yiorgos Lakkotrypis, said Cypriot gas would be used in part for domestic consumption and in part for export.

Molla said last month that Egypt aims to sign an agreement with Cyprus for a pipeline to transport gas from the Aphrodite field to its LNG facilities.

Lakkotrypis said a final agreement on the pipeline would be signed as quickly as possible but did not specify when.

Egypt hopes to halt gas imports by 2019 and achieve self-sufficiency.

Egypt has an extensive pipeline network and two idle gas liquefaction plants ready to export new gas as it arrives.

The country believes its strategic location straddling the Suez Canal and the land bridge between Asia and Africa and its well-developed infrastructure will help turn it a trading and distribution centre for countries in the region and beyond.

Molla said that domestic gas production has increased to 5.7 billion cubic feet per day as a result of new production coming online, up from 5.5 billion in February.

It rapidly increased its production of natural gas in 2017 with four major new gas production projects coming online, some ahead of schedule. Its newly discovered fields include the mammoth Zohr field discovered by Italy’s Eni in 2015.

Egypt is targeting about $10 billion in foreign investment in the oil and gas sector in the 2018/19 fiscal year that begins in July, Molla said last month, matching the figure expected for the current year.