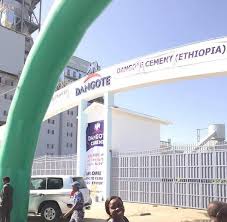 23 June 2017, Lagos — Dangote Cement Plc, controlled by Africa’s richest man, Aliko Dangote, said it may shut its operations in Ethiopia if authorities in the central state of Oromia don’t reverse an order to cement makers to hand over control of some parts of their businesses to local young people.

Oromia state’s East Shewa Zone administration wants the Nigerian company to outsource its pumice, sand and clay mines to youth groups or be responsible for “any problems” that may arise, according to a letter from the authority to Dangote that was seen by Bloomberg and verified with a representative of East Shewa’s administration. The regional government sees the transfer of jobs in pumice production as a way to ease youth unemployment and quell unrest, according to the document.

Any mismanagement of mining infrastructure including buildings and excavators could “lead to total breakdown of our business,” Dangote Executive Director Edwin Devakumar said in an interview at the company’s headquarters in Lagos, Nigeria’s commercial hub, last week. The cement maker will write to the federal government this week to ask it to intervene and will consider shutting the plant in Mugher, about 90 kilometers (56 miles) north of Addis Ababa, as a “last option” if this fails, he said. The company listed Ethiopia as one of its three “key” markets, along with Nigeria and South Africa, in a presentation in May.

There’s “no intention to displace any investment,” so long as Dangote is “working by the laws and regulations in our region and country,” Tekele Uma, head of Oromia’s transport authority, said by phone. “If anyone’s complaining about Oromia regional state, we’re ready to talk with them. Any investment can come. Any investment can go.”

Motuma Mekassa, Ethiopia’s minister of mining, petroleum and natural gas, said by phone he wasn’t aware of an attempt by Dangote to reach his office. An official at the federal ministry said Dangote should make an approach through “appropriate channels,” as opposed to through the media, asking for his name to be withheld, citing the sensitivity of the issue.

The Ethiopian government is searching for ways to reduce youth unemployment after violent protests by Oromo communities over alleged land dispossession, political marginalization and repression led the government to declare a state of emergency last year. Dangote Cement was among several businesses attacked during the unrest. The protests triggered a 20 percent slump in foreign investment to $1.2 billion in the six months through December compared with the same period a year earlier, according to the government.

The order to outsource mining is “a violation of our rights because the government has given us a mining license,’’ said Devakumar, who was Dangote Cement’s chief executive officer until 2015. “If I don’t have limestone and additives my cement plant is useless.”

Although the disputes haven’t forced Nigeria’s biggest listed company to halt production, it will miss targets if the impasse isn’t broken, the executive director said. Disruption in pumice flows will reduce output and trigger job cuts, Devakumar said. Dangote employs about 1,500 workers directly in the country, while an estimated 15,000 people earn a living indirectly through the firm’s cement and mining facilities, he said.

The disagreement is also hampering Dangote’s Ethiopian expansion plans. The company has stopped an advance payment on a contract to double production capacity of the 2.5 million metric-ton per year plant after signing an agreement, Devakumar said.

The company has spent more than $700 million in the country and is “discouraged from investing more,” he said.

Ethiopia’s government said in February it’s only likely to attract $3.2 billion of foreign direct investment this year, compared with a target of $3.5 billion.

Dangote Cement, which has a market value of $11.1 billion, has expanded rapidly across Africa since 2014 and now operates in 9 countries aside from Nigeria. The shares were little changed in Lagos on Thursday.