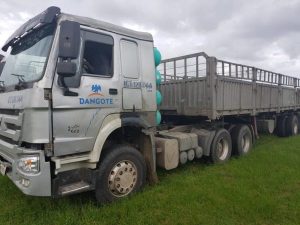 …As NSCDC arrests 21 for oil theft

Rivers State Commandant, NSCDC, Muktar Lawal, said the arrest was made at the weekend by operatives of its special anti-vandal team while on patrol in Eleme, Abonnema Wharf and Okrika axis of the state.

He said as a result of the strong synergy developed between NSCDC and other security agencies in fighting oil theft in the state, 11 suspects were handed over to the Corps by Operation Delta Safe JTF and the Nigerian Army on grounds of illegal dealings in oil business within the state.

The Rivers State NSCDC boss further stated that the arrested suspects are currently being interrogated and would be charged to court for possible prosecution.

“On 17 August 2019, aAt about 0400hrs the anti-vandal patrol team arrested six suspects in two open trucks belonging to Dangote Company along Eleme-Refinerry Road in Port Harcourt. The trucks were loaded with suspected illegally refined AGO concealed in unquantifiable polythene bags hidden beneath bags of salt.

“On 18th August, 2019, at about 0100hrs a J5 bus loaded with suspected illegally refined AGO concealed in 30 fifty-litres Jerrycans were also impounded along Abonema Wharf road. No suspect was arrested as they fled on sighting our anti-vandal team.

“The same date, at about 0210hrs, three suspects and a Sienna bus with registration number BDG906FB, fully loaded with suspected illegally refined AGO concealed in nylon bags were also arrested along UTC junction.

“At about 1400hrs on the same day, a barge with six compartments, filled with suspected illegally acquired crude oil was also apprehended at a creek within Dutch Island in Okrika LGA, Rivers State. The Barge is currently at NSCDC Jetty at Ogbogoro,” NSCDC in Rivers State said.