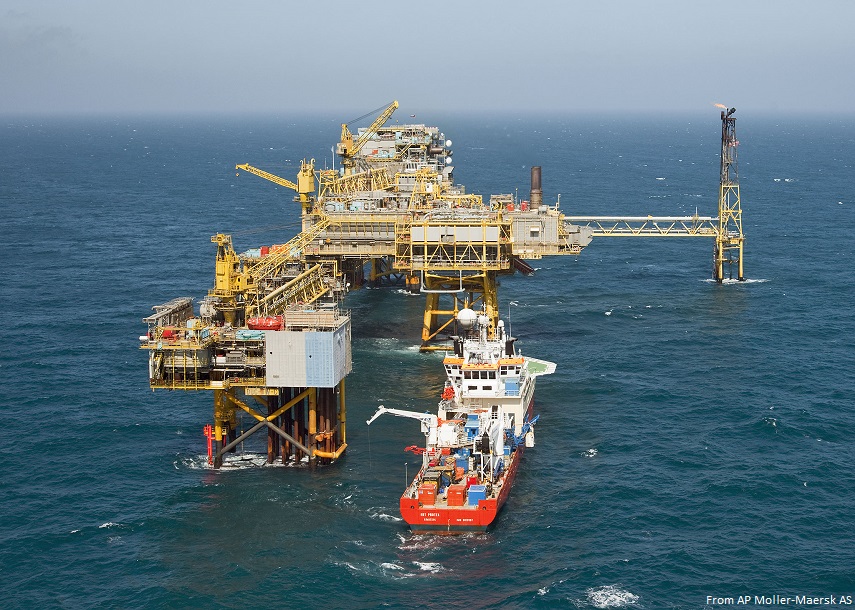 03 December 2017, News Wires – Maersk Oil has announced that an investment of $3.3 billion (DKK 21 billion) has been approved for the redevelopment of the Tyra gas field by the Danish Underground Consortium (DUC), which comprises A.P. Moller – Maersk, Royal Dutch Shell plc, Nordsøfonden and Chevron.

The investment, which is the largest ever for an oil and gas project in the Danish North Sea, will enable Tyra to continue operations for at least 25 years, according to Maersk Oil.

At peak production, the redeveloped field is expected to deliver approximately 60,000 barrels of oil equivalent (boe) per day. It is estimated that the redevelopment can enable the output of more than 200 million boe.

Tyra will be shut-in for the redevelopment in November 2019 and production is expected to recommence in July 2022. The field is central to Denmark’s national energy infrastructure, processing 90 percent of the nation’s gas production.

“Tyra has been a key asset in the history of Maersk Oil, and an important source of energy security for Denmark,” said Maersk Oil Chief Executive Officer, Gretchen Watkins, in a company statement.

“The redevelopment of Tyra is the largest investment carried out in the Danish North Sea, and when completed in 2022, production from the Tyra field itself has the potential to cover Danish gas consumption for a decade,” Watkins added.

The Danish Minister for Energy, Utilities and Climate, Lars Chr. Lilleholt (V), said he was pleased that the DUC partners made the final decision for the investment.

“The full reconstruction of Tyra is vital to the development of the Danish North Sea oil and gas sector. Not just to Maersk Oil – but to many companies relying on Tyra as a central gas hub,” said Lilleholt.

The Tyra field is operated by Maersk Oil on behalf of the DUC.