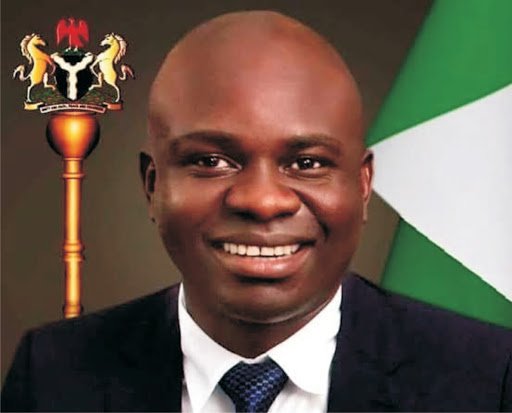 Port Harcourt — The National Oil Spill Detection and Response Agency, NOSDRA and other agencies saddled with the responsibility of unraveling the circumstances behind the continuous death of fishes along the Niger Delta coastline, have been charged to do a thorough job devoid of cover up.

The member representing Degema/Bonny constituency in the House of Representatives, Hon. Farah Dagogo, who gave the charge, said preliminary investigation he had conducted suggests a possible toxicity of the Atlantic Ocean by major oil and gas companies operating within the region.

Dagogo described the incident as colossal with a calamitous consequences for the socio-economic lives of both the citizens and affected Niger Delta states.

He explained that though he has been monitoring the response and activities of NOSDRA, since the outbreak of the incident, the problem could be a result of pollution caused by the oil and gas companies operating in the region, or other associated factors as noted by some environmentalists.

“My attention, as the Representative of Degema/Bonny Federal Constituency in the House of Representatives from Rivers State, has been drawn to the catastrophic death of fishes around the Niger Delta Coast line by my constituents and other persons from neighboring Niger Delta States. I use this medium to state inter allia, that:

“The death of fishes in our coastal waterways is colossal and has severe implications on the socio-economic development of our people in particular and the States of Rivers, Bayelsa, Akwa Ibom, and Niger Delta in general.

“Their death may be as a consequence of pollution caused by the oil and gas companies operating in the region or other associated factors as noted by some environmentalists, or likely as a result of increasing toxicity of the Atlantic ocean, which the primary investigation I conducted indicate. And it can also be all of the aforementioned.

” In view of the calamitous consequences this strange incident portends, especially on the socio-economic lives of both the citizens and the affected Niger Delta States, I urge my constituents to be law abiding and continue to maintain peace in order to allow for meaningfully engagements with the state institutions and the oil and gas companies, whose activities directly impact on the coastline.

“Towards achieving the above, therefore, I call for the inter-institutional investigation of the matter, with empirical studies to ascertain the causes of the hydrophobic incidence and possible options for putting it at bay.

“Consequently, I am closely monitoring the current actions being taken by the National Oil Spill Detection and Response Agency, NOSDRA, and urge the Agency to be unwavering in its attempt to unravel the truth and present a result that would be accepted within the global community, as no cover up in whatever disguise would be tolerated.

” Further to the fore-going, we urge the Federal Government to transparently audit the matter, and if anybody, corporate, or otherwise is found wanting, such a body be sanctioned in line with Nigerian and International Laws.

“In the event that urgent actions are not taken to address this ugly imbroglio, I have been in serious discussions with my fellow members, from the Niger Delta region and other zones, on the best approach to apply all legislative means to ensure that our Constituents do not suffer epidemic and further financial loss as a result of this development.”