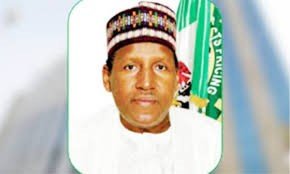 Lagos — The Petroleum Products Pricing Regulatory Agency, PPPRA, Tuesday, disclosed that difficulties in accessing foreign exchange and the declining value of the naira were major impediments to a low and stable price of premium Motor Spirit, PMS, also known as petrol.

Addressing newsmen in Abuja, Executive Secretary of the PPPRA, Mr. Saidu Abdulkadir, also stated that foreign exchange challenges and skepticism had hindered oil marketers from resuming fuel import since the commencement of the deregulation policy in March 2020.

Abdulkadir, who was represented by the General Manager, Administration and Human Resources of the PPPRA, Mr. Victor Shidok, stated that because of the difficulties in accessing foreign exchange by oil marketers, the PPMC is currently the sole importer of the commodity into the country, and announces the prices at which it sells the commodity to oil marketers and its customers.

He explained that the Petroleum Products Marketing Company, PPMC, had been the one announcing the price of petrol over the last few months, because it was within its rights to do so, as one of the oil marketers and major supplier of the commodity.

“You know the role that foreign exchange plays with the sourcing of PMS. When you are not producing and earning foreign exchange as you ought to do, then there would be pressure on the little that you have. That is why you see the galloping foreign exchange. We did not expect it would remain like that forever; that is why government is doing all it can and in the near future, we would begin to see an improvement in the value of the naira.

“Secondly, we believe marketers are still studying the market before they come in fully to resume fuel import. There is also skepticism whenever a new policy is being put up. We do not envisage that the exchange rate would remain at the rate at which it currently is,” he maintained.

Abdulkadir also explained that the price of Premium Motor Spirit, PMS, also known as petrol, is not directly correlated with crude oil price, adding that a number of other factors are responsible for the price of the commodity.

He noted that the government had agreed that henceforth, the price of petrol in the Nigerian market would be determine by market forces, adding that the PPMC, just like other marketers and importers would continue to determine the prices at which they would sell to their customers.