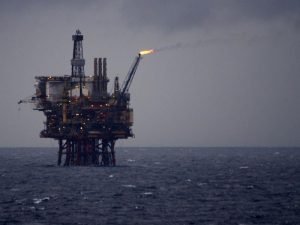 Copenhagen — Denmark is assessing whether to go ahead with an already announced tender for new oil and gas exploration in the Danish North Sea after setting itself one of the most ambitious climate targets in the world.

The new Social Democratic government has come under pressure from its left-leaning allies in parliament to ban future oil and gas exploration to speed up phasing out of fossil fuels, which is seen as crucial to curbing global warming.

“We have started a work in the new government to assess the situation. When we have the foundation we will conclude if there will be an eighth licensing round or not,” Prime Minister Mette Frederiksen told reporters on Friday.

She declined to elaborate further.

The oil and gas industry has warned that axing the tender would only result in importing from countries emitting more carbon from their production.

“We understand the concerns for the climate and the need to address the challenges, but the climate won’t benefit from halting this tender,” Martin Naesby, managing director of lobby group Oil Gas Denmark, told Reuters.

“Denmark’s oil and gas production has the lowest CO2 emissions in the world” he said, referring to a Stanford-led study published in the journal Science.

The Danish Energy Agency (DEA) said in February it had received applications from four companies – Ardent Oil, Lundin , MOL and Total – in the so-called eighth licensing round.

“The government has neither seen nor decided on the applications. The case is still being clarified,” said a DEA spokesman on Friday.

If the licenses are awarded and discoveries made, they could stretch oil production in the Danish North Sea beyond 2050.

Denmark aims to become fossil fuel-free by 2050 and its new Social Democratic government recently vowed to deliver a 70% reduction in greenhouse gas emissions by 2030 from 1990 levels.

The Nordic country is the second-biggest oil producer in the European Union after Britain, but is still dwarfed by neighbouring Norway on output.