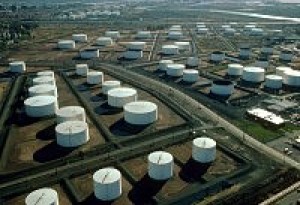 Toju Vincent 15 August 2013, Sweetcrude, Lagos – Dockworkers operating at the Tin Can Island Port in Lagos have raised alarm over what they described as illegal activities at the jetties of some of the tank farms at Ibafon.

The workers told SweetcrudeReports in Lagos that some of the tank farm operators engaged the services of indigenes of the Igbologun, Snake Island and Kirikiri; all neighbouring communities, to carry out labour activities that are meant for dockworkers.

According to them, the workers employed to do the job meant for the dockworkers are not legally registered with the Nigerian Maritime Administration and Safety Agency, NIMASA.
They said the NIMASA Act of 2007 clearly stipulates that all dockworkers should register with the maritime regulatory agency.

The aggrieved dockworkers urged the Federal Government through the Minister of Transport to contract the private jetties to stevedoring firms because according to them, there would be more jobs for them from the maritime industry, and safety measures would be given priority.

Also, they alleged that the indigenes (non-dockworkers) from Kirikiri community and Snake Island are paid N17,000 a month without any condition of services attached to the terms of employment.

The dockworkers alleged that apart from Ascon Oil and Gas, Gulf Treasure, Sahara, Aquitane, Total and Zenon which are contracted to Micura Stevedoring Services Limited, the remaining tank farm operators do not engage the services of dockworkers, rather, they employ the services of the community youths.

They noted that the youths from the neighbouring communities had threatened to disrupt operations at the tank farms last year which eventually led to their being engaged, but affirmed that it is illegal on the part of the operators to engage their services based on the provisions of NIMASA Act 2007.

The dockworkers also alleged that the tank farm operators do not follow standards because of the illegal workers experience involved in jetty operations, alleging further that there is no insurance cover for the workers, no payment of check-up dues and no medical or health.