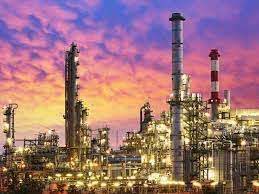 Port Harcourt — A group known as Domestic Refinery Owners Association of Nigeria, DROAN, has said that it is in full support of the Federal Government’s removal of oil subsidy in the country.

To this end, the group has urged stakeholders in the oil and gas industry, as well as members of the public to support the no-subsidy policy and the establishment of modular refineries in the country.

Speaking, National Chairman of the group, Godwin Sunday, said the association was in full support of President Muhammadu Buhari’s stand in bringing the subsidy regime to an end.

Sunday explained that the establishment of modular refineries across the Niger Delta region would enhance youth employment and bring an end to youth restiveness, illegal bunkering and pipeline vandalism.

He further stated that money spent on fuel subsidy would now be channeled to sector of the economy, such as healthcare, education, amongst others.

According to him, “The oil sector, as we all know, has been the major stay of our economy and contribute more than 80 percent to the growth of our nation.

“Therefore, as responsible citizens of this country, we have seen the need to join hands with the government to protect our major source of sustenance, the crude oil.

“We salute the courage of the Federal Government led by President Muhammadu Buhari, for bringing the subsidy regime to an end.

“We trust that better days are here because the resources that was used for oil subsidy will now be channeled into other developmental projects like education, health and infrastructure development.”