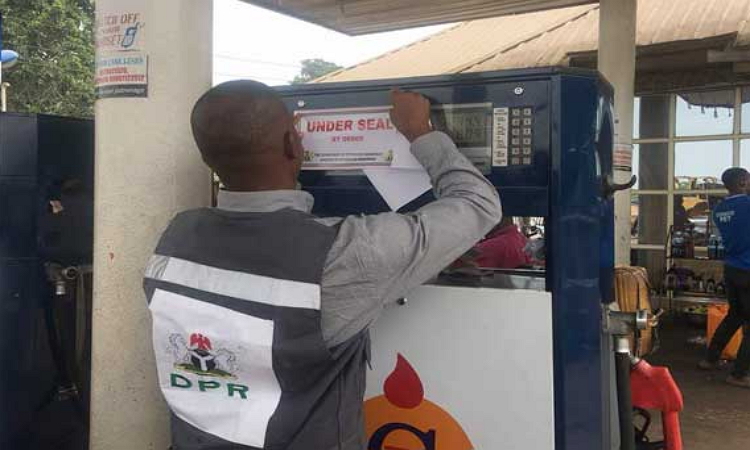 Lagos — The Department of Petroleum Resources, DPR said it has began monitoring of filling stations in Lagos state to guard against illegal increment in pump price of Premium Motor Spirit, PMS by oil marketers.

Mr Ayorinde Cardoso, Zonal Operations Controller, DPR, Lagos, made this known after an inspection visit to some petrol stations located in Ikoyi, Victoria Island and Lekki areas of the state.

According to him, the Department had already visited seven petrol stations, and confirmed that they were selling fuel to customers between N162 to N165 per litre which was the approved price band.

“This surveillance visit is part of our regular function and we are coming out today to check product availability and product quality because we heard some information about water ingress in some of the tanks.

“We going out to check that. Also, we are looking at consumer protection so that they are not short-changed by under- dispensing.

“We have gone round to about seven stations and they are all selling within the approved pump price band,” he said.

The Federal Government had on March 12 denied incresing petrol to N212 per litre and had directed marketers to revert to the old price.

He said the DPR sealed three fuel pumps that were under dispensing in one of the petrol stations, pending when they were rectified and re-evaluated by the regulatory agency.

According to him, the agency is yet to discovered any incident of hoarding of petroleum products in the zone.

He however said its officials will continue to intensify surveillance on petrol stations.

He said: “I want to assure the public that the sufficiency level in Lagos State is okay and for now we have not seen any hoarding of products.

”Surveillance is a regular assignment for us and our officials are going round every day for that purpose.”