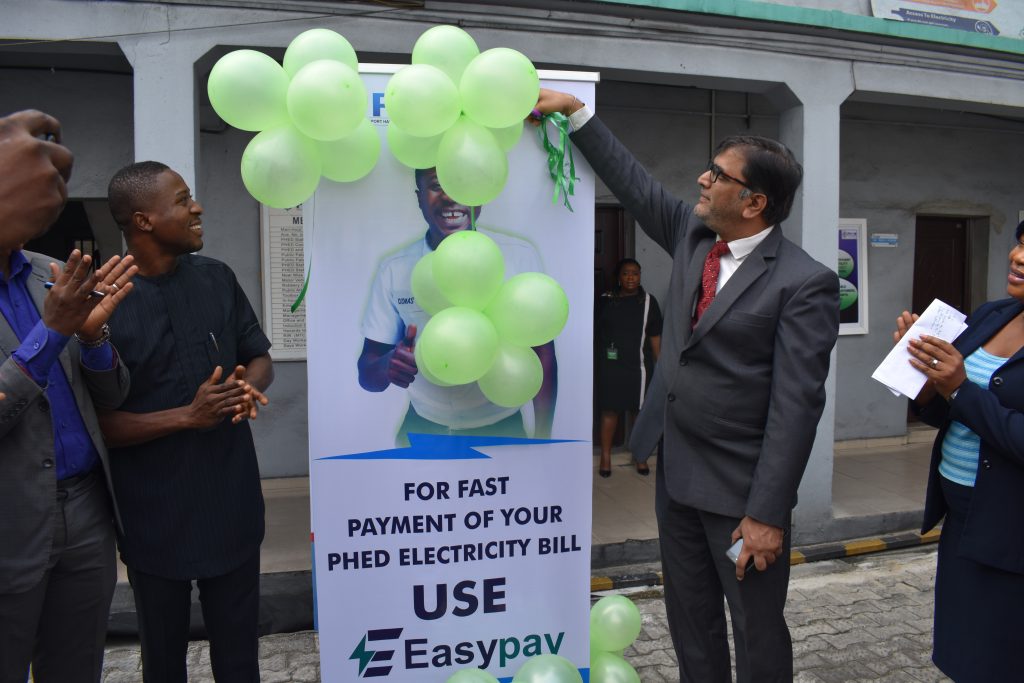 Port Harcourt – As a way of expanding its bills collection points and making it accessible to all customers to make payment of electricity bill, the Management of Port Harcourt Electricity Distribution Company, PHED, on Tuesday unveiled EasyPay International as its new collection agent.

EasyPay International, according to PHED, is an accredited collection agent of the company, contracted for a seamless collection of electricity bill from its customers in the four states of its operations.

Unveiling the new Collection Agent at its Corporate Headquarters in Port Harcourt, the Rivers state capital, the Chief Executive Officer of PHED, Mr. Naveen Kapoor, said that the EasyPay cutover would be responsible for the collection of electricity bill in Akwa Ibom, Bayelsa, Cross River, and Rivers states, with over 513,000 customers.

Kapoor maintained that the decision of the management in contracting EasyPay International was aimed at expanding the company’s collection network with a view to serving her customers better, taking into cognizance the cutting edge technology used for operations by the new collection agent.

The CEO further reiterated that the coming on board of the highly tested Collection Agent with a proven track record was for administrative convenience for all adding that the payments made would be online real time.

“Henceforth, all payments regarding electricity bills, have to be made through Easypay International and its accredited agents spread across the four states in addition to the designated banks and PHED offices.

“Payments made through Easypay will receive instant notification and confirmation at the back end, thereby making the process online real-time.

“It is one of the strategic initiatives by the management aimed at expanding the company’s collections network with a view to improving service delivery that has necessitated the contract with EasyPay as a collection agent,” he said.

Responding, the Chief Operating Officer, EasyPay International, Mrs. Joy Sunny-Oparaodu, said that seamless processing of payment has made EasyPay the smartest choice of all times.

“In addition, the integrity and transparency of the company have remained unparallel noting that payments made hit the PHED aggregator immediately making customers get an online realtime notification.

“You can find Easypay agents at every PHED cash centre. We hope to roll out more cash centres, so as to meet up with our customers need,” Oparaodu said.