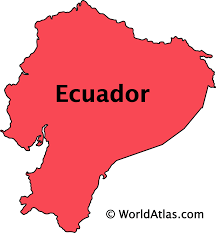 Houston — Ecuador is planning to offer, most likely in 2024, blocks for offshore exploration and production of natural gas at the Gulf of Guayaquil, following auctions for onshore areas to be completed next year, Energy Minister Xavier Vera said on Monday.

Ecuador expects to boost crude production to 750,000 barrels per day (bpd) by 2025 from a current 490,000 bpd. A large portion of the increase is planned to come from onshore areas awarded as part of its Intracampos oil round, whose second phase is currently on offer.

“There is more confidence (from investors) now,” Vera told Reuters in an interview in Houston, referring to the successful awarding of blocks in the Intracampos round’s first phase.

Vera expects to greenlight a proposal for the gas blocks, in shallow and deep waters of the Gulf of Guayaquil, in the coming months once areas are defined. The model will be production sharing contracts.

To support the expected production growth, Ecuador’s energy ministry is also evaluating the availability of drilling rigs to secure units, the minister said. Specialized equipment will also be needed for expanded exploration, following a 15-year pause in exploration by private companies in the nation, vice minister Xavier Briz said.

Millions of barrels of Ecuadorian crude could be offered soon on the spot market following an oil-for-debt renegotiation between Ecuador and China’s Petrochina, Vera said.

The crude, key for U.S. Gulf and European oil refiners seeking to replace Russian supplies, will be offered via open tenders that will invite refiners and trading companies to bid.