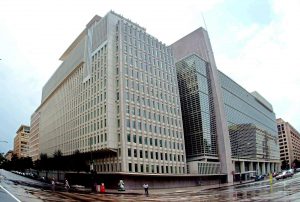 Lagos — World apex bank has warned that Nigeria and other emerging economies should not raise electricity tariffs as such steps will push up inflation in 2022.

It, however, said prices will start to decline in the second half of the year as supply constraints ease.

According to the bank, global inflationary pressures and potentially shifting economic growth to energy-exporting countries from energy-importing ones will define the New Year.

Kose said the surge in energy prices poses significant near-term risks to global inflation and, if sustained, could also weigh on growth in energy-importing countries.

The multilateral institution said the sharp rebound in commodity prices is turning out to be more pronounced than previously projected. Recent volatility in prices may complicate policy choices as countries recover from last year’s global recession, it added.

The bank projected that non-energy prices, including agriculture and metals, would decrease in 2022, following strong gains this year.

In the outgoing year, some commodity prices rose to (or exceeded) levels not seen since the spike of 2011.

The bank said natural gas and coal prices reached record highs amid supply constraints and rebounding demand for electricity, although they are expected to decline in 2022 as demand eases and supply improves.

However, additional price spikes may occur in the near-term amid very low inventories and persistent supply bottlenecks.

The bank has projected the price of a barrel of crude oil at $74 in 2022 as oil demand strengthens and reaches pre-pandemic levels.

The use of crude oil as a substitute for natural gas presents a major upside risk to the demand outlook, although higher energy prices may start to weigh on global growth.

From an energy transition perspective, the bank raised concerns about the intermittent nature of renewable energy highlight the need for reliable baseload and backup electricity generation.

The bank said: “These will increasingly need to be from low-carbon sources, such as hydropower or nuclear power, or from new methods of storing renewable power.

“At the same time, the surge in natural gas and coal prices has made solar and wind power even more competitive as an alternative energy source. Countries can benefit from accelerating the installation of renewable energy and reducing their dependency on fossil fuels.”