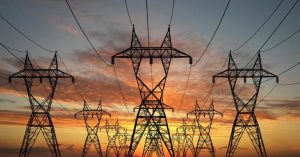 The 60MVA transformer in Okpella will be commissioned by the Chairman of the Nigerian Electricity Regulatory Commission (NERC) on the 22nd of September, 2018 as part of the ceremony in his Honour by his ancestral home, Igara Community in Edo State.

The 60MVA at Papalanto will be commissioned by the Honourable Minister of Power Works and Housing, Mr. Babatunde Raji Fashola SAN at a later date.

The 60MVA power transformer installed at Okpella is long overdue and will greatly support the industrial policy of His Excellency the Executive Governor of Edo State, Mr. Godwin Obaseki, which is based on the existence of huge deposit of limestone and other solid minerals in the area.

Already BUA Cement has a factory at Okpella which could be expanded with improved power supply.

According to the statement issued by TCN General Manager Public Affairs Mrs. Ndidi Mbah, prior to the new installation, the capacity of Okpella Substation was only 15MVA and has now increased to 75MVA with the installation of a 60MVA power transformer.

Also, the capacity of Papalanto Substation was 75MVA before the new 60MVA power transformer was installed. The additional transformer has increased the stations capacity to 132MVA.

Potential eligible customers such as Lords Mint and Dolphin could also benefit from the increased supply.

TCN noted that several projects are currently on-going in its network nationwide and re-affirmed its resolve to continue to pursue and implement the incremental power policy of the Federal Government by consistently investing in capacity expansion initiatives through its Transmission Rehabilitation and Expansion Programme (TREP).