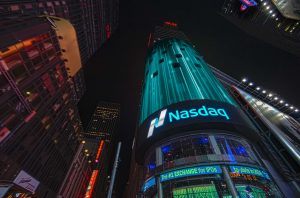 15 September 2018, News Wires — Nordic energy firms pledged on Friday to help replenish a contingency fund after a private Norwegian trader defaulted and exchange operator Nasdaq itself said it would provide additional capital to maintain trust in the market.

Finland’s Fortum will contribute some 20 million euros ($23 million), while Norway’s Statkraft will pay 5 million euros, the two firms said, part of the 107 million euros that members must provide to remain in the market.

Nasdaq Clearing will separately deposit capital of 200 million Swedish crowns ($22 million), as an additional safeguard for an interim period of 90 days, the exchange operator said.

“We want to show our commitment to the market. To increase our own skin in the game. To reinforce the market’s confidence in this situation,” Nasdaq Clearing Chief Executive Officer Julia Haglind told Reuters.

Clearing houses like the one operated by Nasdaq are vital for the stability of markets, acting as an intermediary in stock, bond or derivatives transactions and ensuring completion if one side goes bust.

Einar Aas, a veteran derivatives trader who made large bets on the power market, left a 114 million euro hole in the fund that Nasdaq and commodities companies who are part of the Nasdaq clearing house are obliged to cover.

“It’s important to look at processes. It is very important that Nasdaq carries this responsibility,” he added.

Aas failed to meet required payments — known as margin calls — to Nasdaq to insure against losses on Tuesday.

The Nasdaq clearing house was not expecting additional defaults, its CEO said, while adding it would hire an external party to review its handling of the case.

Fortum and other members, which include Norwegian state-owned power giant Statkraft and oil and gas giant Equinor were told to pay their share into the contingency fund within two business days or risk being declared in default themselves.

The trader’s bet backfired with unusually strong fluctuations in regional power market spreads, as heavy rain pushed down prices in the hydroelectric-dependant Nordic region, while a spike in the cost of carbon drove up German prices, Nasdaq said.

“My position was too big in relation to the market’s liquidity,” Aas said in a statement on Thursday, adding that he risks bankruptcy. He will automatically be barred from trading.

Aas, who keeps a low public profile, in 2016 had an estimated net worth of 2 billion Norwegian crowns ($244 million) according to business magazine Kapital.