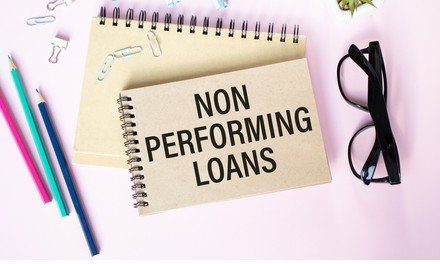 Abuja — The non-performing loans (NPL) of the Nigerian energy industry, comprising the petroleum and power sectors, in the books of Nigerian banks appreciated by 31.25 per cent to N348.6 billion at the end of 2020, from N265.6 billion recorded at the end of 2019, according to latest data released by the National Bureau of Statistics (NBS).

In its ‘Selected Banking Sector Data: Sectorial Breakdown of Credit, ePayment Channels and Staff Strength for Fourth Quarter 2020’, the NBS listed the energy industry as the sector with the highest non-performing loans in 2020, accounting for 28.43 per cent of total NPLs, compared with 25.06 per cent of total NPLs as at December 31, 2019.

In general, the NBS revealed that total non-performing loans in the Nigerian financial industry appreciated by 15.69 per cent to N1.226 trillion as at the end of December 2020, compared with N1.059 trillion recorded at the end of 2019.

On the other hand, sectors which recorded rise in their NPLs are the oil and gas sector; capital market; arts, entertainment and recreation; human health and social work activities; administrative and support services; professional, scientific and technical activities; information and communication; construction; finance and insurance; general commerce; and real estate activities.

However, while concerns remained about the rising NPLs and its effects on the Nigerian financial industry, the Central Bank of Nigeria (CBN) had allayed fears over the NPLs profile, stating that it poses no threat to the banking industry.

For instance, the Monetary Policy Committee (MPC) of the CBN, in its communique issued at the end of its March 2021 meeting, confirmed that there was an observed weakness in the performance indicators of the Nigerian banking sector, especially the rise in non-performing loans ratio from 6.1 per cent in December 2020 to 6.3 per cent in February 2021 as well as some decline in bank profitability within the same period.

It, however, stated that: “While these marginal declines in bank performance indicators poses no threat to bank stability, it rather calls for more regulatory vigilance.”

The communique further stated that the: “The MPC noted the performance of the Financial Soundness Indicators (FSIs) of the DMBs which showed a Capital Adequacy Ratio (CAR) of 15.2 per cent, Non-Performing Loans (NPL) ratio of 6.3 per cent and Liquidity Ratio (LR) of 40.5 per cent, as at February 2020. On non-performing loans (NPLs), the MPC noted that the ratio remained above the prudential benchmark of 5.0 per cent and urged the Bank to sustain its regulatory measures to bring it below the prudential benchmark.”