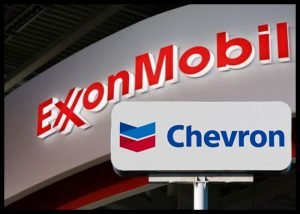 Houston — Major energy companies are turning their carbon sequestration technologies and projects into business ventures, converting some efforts that help pump more oil and gas into profit-making ventures while burnishing their environmental reputations.

Carbon removal technologies will be necessary to limit the increase in planetary warming to no more than 1.5 degrees Celsius, the goal of the 2015 Paris Climate Agreement, the United Nations has said.

Its Energy Transition Ventures unit aims to broaden low-carbon projects already in development, the company said. The operation will have its own financial, commercial and engineering staff to develop and commercialize new projects.

The oilfield equipment and services firm acquired Norwegian technology firm Compact Carbon Capture (3C) and plans to commercialize its solvent-based products. 3C says its scalable designs can be as little as a quarter of the footprint of other carbon-capturing systems.

Baker Hughes will market the rotating 3C equipment alongside its products and services to industries including oil and gas, liquefied natural gas, shipping and pipeline operators. 3C’s industrial-scale unit designs could capture up to 250,000 tonnes of carbon dioxide (CO2) per year.

The Low Carbon business will leverage Exxon’s CO2 storage caverns along the U.S. Gulf Coast and under the North Sea. It also will market emissions-reduction credits from the use of its sequestration projects.

United Airlines pledged a multimillion dollar investment in 1PointFive and will become a customer of the business, aiming to absorb the equivalent annual carbon emissions of 10% of its aircraft.

Total has pledged to put 10% of its research and development budget to advance carbon capture, utilization and storage technology. It invested in a project to study the costs of capturing CO2 generated by a LafargeHolcim cement plant in Colorado and bury the emissions underground.

Chevron invested in Blue Planet Systems, a startup commercializing a technology that makes a substitute for limestone in concrete and building materials from CO2. The two firms are planning pilot projects that commercialize the Blue Planet carbon capture process.