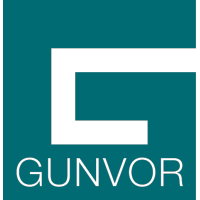 London — Energy trader Gunvor Group posted a record net profit in the first half of this year, the company said in a statement on Thursday, driven by major market dislocations across commodities.

The first half was also bigger than its record full year profit in 2021, which was $726 million, and more than triple last year’s first half results.

“Gunvor’s result during this period, driven by massive global market dislocations, was broad-based across all regions and activities, including crude oil, oil products, natural gas, and liquefied natural gas (LNG). Particularly encouraging is the return of substantial profitability in our refining operations and our shipping,” Gunvor CEO Torbjorn Tornqvist said in the statement.

Torqnvist added that global refining capacity was tight and there was strong demand for middle distillates, namely diesel and jet fuel.

Gunvor said its equity grew to $4 billion in the first half compared with $3 billion for the full year 2021. Tornqvist said the majority of profits would be retained within the company.

The company said it remains on track to cut Scope 1 and 2 emissions by 40% by 2025 and will announce its Scope 3 target later this year. Gunvor said it was still fulfilling Russian contracts that are not yet subject to sanctions, adding that it was not refining Russian crude oil.

Gunvor said it was exploring options to divest its minority stake at the Russian oil products terminal Ust Luga but the sale was not yet feasible.