Newswire — Eni SpA is planning a second liquefied natural gas production vessel offshore Mozambique that could be built in less than four years to help Europe diversify supplies of the fuel, according to a company executive. 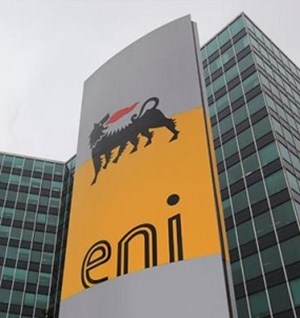 The Italian oil and gas producer’s potential project would complement its $7-billion Coral-Sul FLNG platform moored off Mozambique’s northern coast that’s scheduled to start exporting the fuel this year. If Eni decides to proceed by early 2023, output could begin even before TotalEnergies SE’s $20-billion onshore project that abruptly halted construction last year due to security issues.

European nations are seeking new energy sources after Russia’s invasion of Ukraine, causing gas prices for the bloc to jump more than four times higher than a year ago. For Mozambique, a second floating LNG export platform would help boost gas exports slowed by multiple delays.

“This is a great opportunity, to develop its resources and bring significant revenues,” Guido Brusco, Eni’s chief operating officer of natural resources said in an online interview with Bloomberg last week. “It is also a great opportunity for Europe to diversify their supplies. In this context, a project that could be delivered in less than four years has a tremendous opportunity window.”

Before reaching a final investment decision, the company will need to agree to with partners including ExxonMobil Corp., China National Petroleum Corp. and Mozambican state-owned Empresa Nacional de Hidrocarbonetos. Eni is responsible for offshore projects with ExxonMobil in charge of onshore assets. ENH didn’t respond to questions seeking comment.

Move Quickly
Coral-Sul has remained on schedule for first exports this year despite supply-chain lags caused by the pandemic. Located more than 50 kilometers (31 miles) offshore, it’s also been unaffected by an insurgency linked to Islamic State that led TotalEnergies to freeze work last year on an onshore project that’s planned to have almost four times the capacity of the floating vessel.

“I believe that to fully develop Mozambique’s considerable gas resources, the right decision is to move toward both an onshore concept and an offshore concept,” Brusco said.

The insurgency, which started in 2017 and has left at least 4,131 people dead, has also delayed a final investment decision from ExxonMobil for an onshore development the company plans together with Eni and the other consortium partners.

It’s crucial to move quickly, as demand for floating LNG platforms and the materials needed to build them will increase, said Brusco. “In the current situation, time is of essence.”