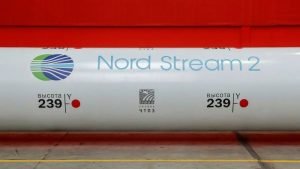 Berlin/Frankfurt — Environmental activist group Nabu on Monday said it had filed a complaint with the German maritime authority, BSH, to temporarily halt construction work of the Nord Stream 2 gas pipeline in German waters.

The complaint against BSH’s move on Friday to expand the period during which construction work can theoretically take place automatically halts any work on the project, BSH confirmed.

Focus earlier reported that two environmental groups, Nabu and DUH, had filed complaints and that this was effectively a freeze on construction work.