London/Frankfurt — The biggest single pipeline carrying Russian gas to Germany began annual maintenance on Monday, with flows expected to stop for 10 days, but governments, markets and companies are worried the shutdown might be extended because of the war in Ukraine. 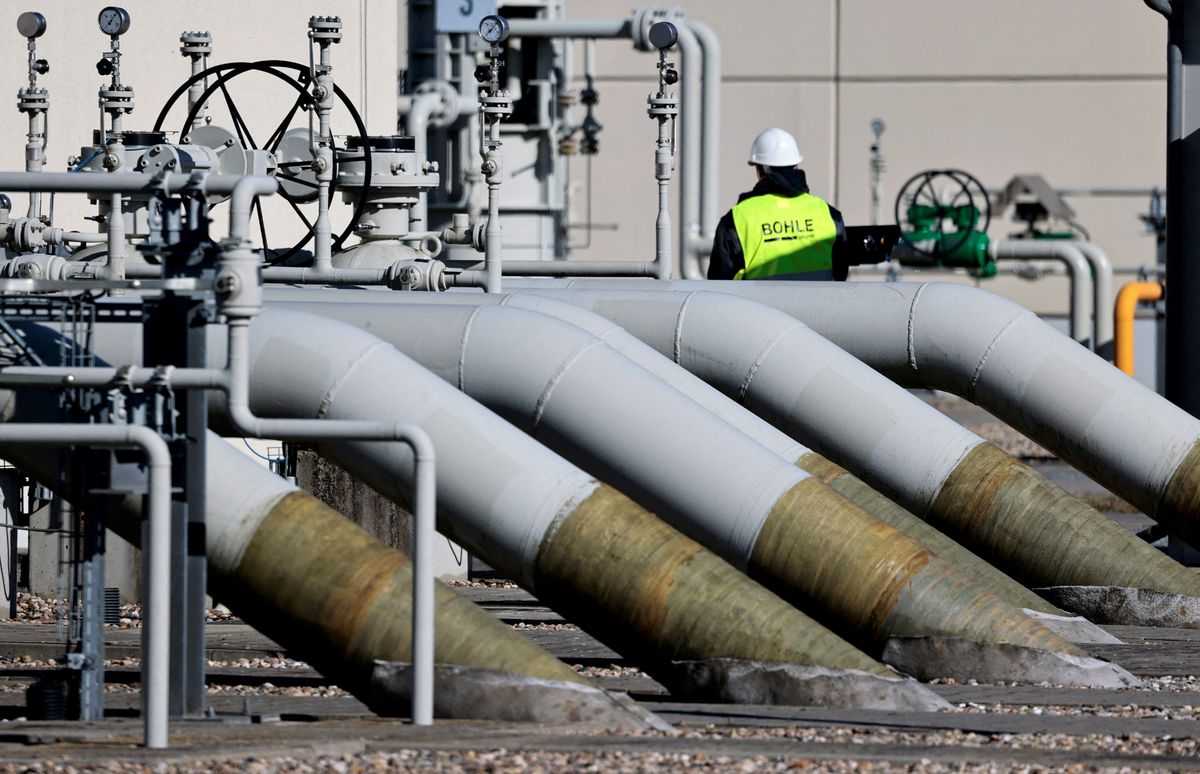 *Pipes at the landfall facilities of the ‘Nord Stream 1’ gas pipeline are pictured in Lubmin, Germany, March 8, 2022. REUTERS/Hannibal Hanschke

The Nord Stream 1 pipeline transports 55 billion cubic metres (bcm) a year of gas from Russia to Germany under the Baltic Sea. Maintenance lasts from July 11 to 21.

Operator Nord Stream AG confirmed the shutdown started as planned at 0600 CET and that gas flows would drop to zero a few hours later.

Last month, Russia cut flows to 40% of the pipeline’s total capacity, citing the delayed return of equipment being serviced by Germany’s Siemens Energy (ENR1n.DE) in Canada.

Canada said at the weekend it would return a repaired turbine, but it also said it would expand sanctions against Russia’s energy sector.

Europe fears Russia could extend scheduled maintenance to restrict European gas supply further, throwing plans to fill storage for winter into disarray and heightening a gas crisis that has prompted emergency measures from governments and painfully high bills for consumers.

German Economy Minister Robert Habeck has said the country should confront the possibility that Russia will suspend gas flows through Nord Stream 1 beyond the scheduled maintenance period.

“Based on the pattern we’ve seen, it would not be very surprising now if some small, technical detail is found and then they could say ‘now we can’t turn it on anymore’,” he said at an event at the end of June.

Kremlin spokesperson Dmitry Peskov dismissed claims that Russia was using oil and gas to exert political pressure, saying the maintenance shutdown was a regular, scheduled event and that no one was “inventing” any repairs.

There are other big pipelines from Russia to Europe, but flows have been declining gradually and Ukraine halted one gas transit route in May, blaming interference by occupying Russian forces.

Russia has cut off gas supplies to several European countries that did not comply with its demand for payment in roubles.

TURBINE TROUBLE
Germany at the weekend welcomed Canada’s decision to issue a “time-limited and revocable permit” to allow equipment to be returned for the Nord Stream 1 pipeline.

But Ukraine’s energy and foreign ministries said they were “deeply disappointed” and urged Canada to reverse a decision that they said amounted to adjusting the sanctions imposed on Moscow “to the whims of Russia”.

Siemens Energy said it was working on further formal approvals and logistics to have the equipment in place as soon as possible.

Zongqiang Luo, gas analyst at consultancy Rystad Energy, said it was “not impossible” Gazprom could use any delay as a justification to extend the maintenance period.

In previous years the annual maintenance period on Nord Stream 1 has lasted about 10-12 days and has finished on time.

It is not uncommon for additional faults to be detected during routine maintenance at pipelines or gas infrastructure and operators can prolong outages if necessary.

While a complete halt of gas is considered unlikely, Gazprom has not been re-routing flows via other pipelines, meaning a prolonged reduced flow rate is probable, analysts at Goldman Sachs said.

ECONOMIC BLOW
Germany has moved to stage two of a three-tier emergency gas plan, which is one step before the government rations fuel consumption.

It has also warned of recession if Russian gas flows are halted. The blow to the economy could be 193 billion euros ($195 billion) in the second half of this year, data from the vbw industry association of the state of Bavaria showed last month.

“The abrupt end of Russian gas imports would also have a significant impact on the workforce in Germany … Around 5.6 million jobs would be affected by the consequences,” said Bertram Brossardt, vwb’s managing director.

The effects would be wider still. A complete halt would keep European gas prices higher for longer, having already stung industry and households.

“If Nord Stream gets cut off, or if Germany loses all its Russian imports, then the effect will be felt on the whole of north-western Europe,” said Dutch energy minister Rob Jetten.

In an interview with Reuters on Thursday, he said the Dutch Groningen gas field could still be called upon to help neighbouring countries in the event of a complete cut off in Russian supplies, but ramping up production would risk causing earthquakes.

A halt of supply through Nord Stream 1 would hurt Russia as well as western Europe.

Russia’s finance ministry had said in June that it expected to receive 393 billion roubles ($6.4 billion) more oil and gas revenue than forecast in its budget planning.

For July it expects 259 billion roubles more than its budget plan projected.