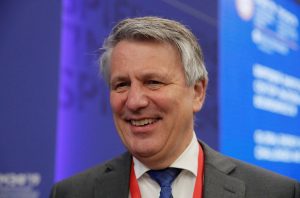 Stavanger — Europe could face several winters of gas shortage as a result of the cuts to Russian supplies, Shell Chief Executive Ben van Beurden told a news conference in Norway on Monday.

“It may well be that we will have a number of winters where we have to somehow find solutions,” van Beurden said.