Port Harcourt — Ex-agitators in the Niger Delta including the Presidential Amnesty Strategic Communication Committee, have raised the alarm of fresh plot to unleash a campaign of calumny against President Muhammadu Buhari, the National Security Adviser, Maj.-Gen. Babagana Monguno (Rtd) and Presidential Amnesty Coordinator, Major Gen. Ndiomu (Rtd) on the management of the programme.

The first, second and third phase ex-agitators, who rose from their meeting organised by STRACOM in Port Harcourt on Wednesday, said the move by detractors was geared towards stoking crisis in the Niger Delta to truncate the peace in the region.

The stakeholders in a communique read by the National Secretary, First Phase Ex-agitator and Chairman, STRACOM, Nature Dumale Kieghe, alleged that enemies of the Niger Delta were being recruited and bankrolled by politicians to spearhead campaigns of character assassination aimed at rubbishing the achievements of President Buhari in PAP.

Dumale said some disgruntled portfolio contractors, who could no longer bypass anti-corruption measures and reforms put in place in PAP by Ndiomu were part of the ongoing gang-up to tarnish the image of Buhari, Monguno and Ndiomu.

The ex-agitators also passed a vote of confidence on Ndiomu for repositioning Presidential Amnesty Programme.

“Our investigations revealed that enemies of the Niger Delta recruited, sponsored and bankrolled by powerful politicians are spearheading these campaigns of character assassination to rubbish the achievements of President Muhammadu Buhari in PAP with a sinister motive of deceiving unsuspecting members of the public to brighten their chances in the forthcoming general elections.

“Their modus operandi is to accuse Ndiomu of corruption, roll out some unverifiable figures and try to link some senior officials of the amnesty office to their claims. They will also attempt to create an impression that the NSA is a direct beneficiary of the imaginary corrupt practices.

“They will also labour to condemn the NSA’s recruitment procedure of interim administrators in PAP to whip up sentiment and force the hands of the President to return PAP back to the days of the locust when greedy politicians handpicked the coordinators of the amnesty office and used them to advance their political interests.

“The recent wild, unsubstantiated, spurious and unfounded claims against the entire PAP’s administration under President Buhari by one Chief Olotu Owei is one in the series of evil campaigns and blackmail sponsored by these mischievous characters against the recent administrators of the programme including Gen. Ndiomu (retd)”.

Dumale said as owners of the programme and a committee inaugurated with the mandate of dishing out accurate information about PAP, their investigations had proved that all the allegations were a product of mischief and falsehood.

“There has not been a report from anywhere that PAP’s money is missing under the new IA, Gen. Ndiomu (retd). The last time we checked, the interim administrator was working to save money for PAP by renegotiating some contracts awarded before he took over the office.

“We earlier informed you that through his bargaining power, he was able to renegotiate some contracts and saved PAP N1.5billion. It is, therefore devilish, wicked and preposterous for anyone to accuse Gen. Ndiomu (retd) of stealing N3billion a few months he took over the amnesty office.

“Where could he have stolen the money from and was still able to pay monthly stipends and other monthly liabilities of the office? This allegation is baseless.”

Dumale further said persons so far deployed by the NSA to manage PAP remained qualified sons of the Niger Delta adding that the current IA is an Ijaw son from Bayelsa State, who distinguished himself in military service to his country and rose to the rank of a general.

“With his military background, Ndiomu has so far performed excellently well in PAP.
Having found out that there is no modicum of truth in any of the allegations, we hereby boldly pass a vote of confidence in President Buhari, NSA and Ndiomu for the way they have so far managed the affairs of PAP. We appeal to Ndiomu not to be deterred by these detractors as they are only out to distract him and frustrate his good plans for ex-agitators and the region.

“We know that more of these allegations will be released in due course, but we, hereby, warn these enemies of progress to steer clear of Ndiomu and the amnesty office. We have activated our intelligence unit to uncover the sponsors of this fresh effort to disrupt the peace in the Niger Delta. We believe that this move is geared towards stoking crisis in the Niger Delta to truncate the peace in the region.” 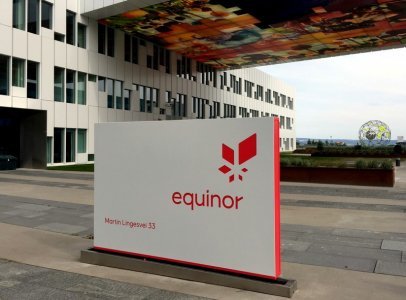