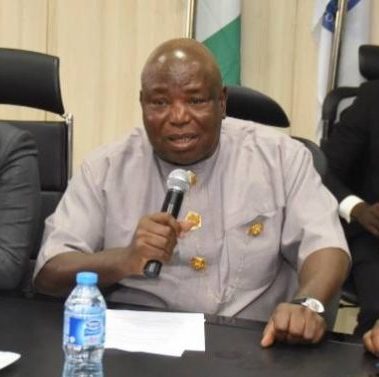 31 January 2019, Sweetcrude, Warri, Delta State — EX-militants and other stakeholders in the Niger Delta region have been advised not to oppose the appointment of Professor Nelson Brambaifa as acting Managing Director of the Niger Delta Development Commission, NDDC.

Making the appeal in Warri, Delta state, Coordinator, Niger Delta Peace Campaign for Development Network, Mr. Fullpower Bussa said it was time to rally support for Brambaifa to impact positively in the region.

He said the era when the region protested e every appointment to any of its sons and daughters was over, stressing that the focus is about making Niger Deltans succeed in public offices.

He said the appointment of Brambaifa was a good decision, adding that he was familiar with the challenges of every part of the region.

Fullpower said as a youth leader most youths in the region were certain that Professor Brambaifa will resolve many problems of underdevelopment plaguing the region as acting Managing Director of the commission.

“We believe in Prof Brambaifa making the needed change and development through NDDC as an interventionist agency in the Niger Delta.

He knows the region and has been part of the pain and effort to tackle the problem. We believe he will do great. We thank Mr. President for this appointment “, he noted.