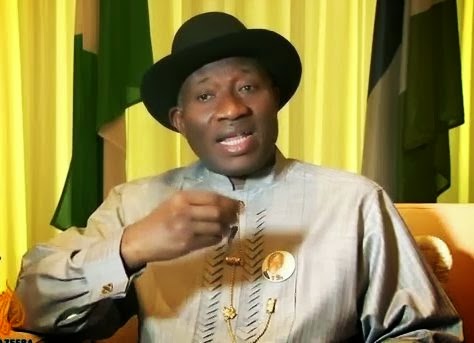 Oscarline Onwuemenyi
05 April 2018, Sweetcrude, Abuja – Former Chairman of the Senate Committee on Finance during the 7th National Assembly, Senator Ahmed Makarfi, has disclosed that a probe by his committee revealed that about $4.4bn was spent by the former President Goodluck Jonathan administration.

The probe on alleged failure to remit US$49.8 billion revenues by the Nigerian National Petroleum Corporation (NNPC) and the urgent need to stop the N700 million daily illegal kerosene subsidy from January 2012 to July, 2013 was based on a letter written by the former Governor of the Central Bank of Nigeria, Mallam Sanusi Lamido Sanusi to the president.

Makarfi, who is a former governor of Kaduna State and a former chairman of the Peoples Democratic Party (PDP), noted that, “Because of the sensitivity of this matter, I sought the permission of the Senate President to question the former president on the kerosene subsidy, and he approved it, he arranged it and I asked specific question whether he is aware that subsidy on kerosene has been paid and he confirmed in the affirmative.

“Look at the level of openness, president making himself available to a chairman of a committee to clarify matter. Is this happening now? There was complete openness then.

“Therefore there was no basis to alleged compromise in the work of committee just because the former Minister of Petroleum Resources, Mrs. Diezani Alison Madueke, is being investigated for several scandals in the oil industry,” he added.

According to him, several transactions took place before and even after the period under review and therefore his committee should not be held responsible for not bring out most of these issues.

The Makarfi-led committee was adamant that the sum certified by the Petroleum Product Pricing Regulatory Agency (PPPRA) for kerosene subsidy not appropriated for by the National Assembly was N353.37 billion ($2.282 billion) for the year 2012 and N332.539 billion ($2.1482 billion) for 2013 respectively making the total for the two years N685.91 billion (US$4.43 billion).

He explained that the committee recommended among others that the former should prepare and present to the National Assembly a supplementary budget to cover the over expenditure in the sum of N90.69billion ($585m) for PMS subsidy 2012 and the sum of N635.9 billion ($4.43billion) for kerosene subsidy expended without appropriation by the National Assembly in 2012 and 2013…

“It is for the National Assembly to approve or not approve such request or take any other measures it deems necessary,” Makarfi stated.