Lagos — Maritime experts yesterday advocated the adoption of new technologies for cleaner and safer shipping on the African Continent.

Speaking at the 7th Lagos International Maritime Week, LIMW, held at the Oriental Hotel in Lagos, the Ambassador of France to Nigeria, Emmanuelle Blatmann, who represented by Laurence Monmayrant, Consul-General of France in Lagos said that profound mutations are also taking place in the maritime industry, for the better. 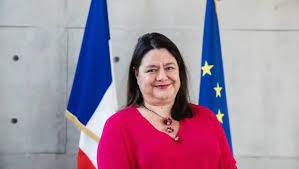 She also said Interestingly, this week conference has put ecology on the agenda to see how we can move towards a greener footprint of the shipping industry. More than the energy crisis, it is the repeated major natural disasters which must trigger this change for the shipping industry, as a big energy consumer.

She explained that in France, the French private sector has moved forward 3 years ago as 10 French shipowners and the Italian shipowner Grimaldi signed a charter called the SAILS charter, for Sustainable Actions for Innovative and Low-impact Shipping aimed at drastically reducing polluting emissions and at protecting the marine environment.

According to her, this commitment comes from the highest level of the French Government as President Macron in February 2022 hosted the ONE OCEAN SUMMIT’ in Brest to promote the Blue Economy and the presence of Nigeria at this major international event was particularly appreciated as an African leader for the development of the Blue Economy in West Africa.

“But of course, the introduction of new patterns, both innovative and economically viable, can only be achieved if maritime routes are secure. These routes cover huge areas where seafarers and goods must be safe for trade to happen.

“To this end, the GoG can count on the Coordinated Maritime Presence scheme, CMP. It ensures the presence of navies in the area on behalf of the EU. The French Navy, which has been present in West African waters for over 30 years through the “Corymbe” mission, is an important stakeholder of the CMP initiative.

“The success of the Coordinated Maritime Presence says a lot to its combination with the Yaounde architecture, which includes the action of increasingly modem and involved regional navies. Nigeria is of course at the forefront of these countries.

Similarly, Otunba Kunle Folarin, Chairman, Nigerian Port Consultative Council, said that the immediate concerns that needed to be addressed were issues in the maritime and shipping environment, particularly in Marine Technology and Machinery. Folarin also said reference has made to the ongoing dialogue and the building up of regulatory framework on climate change and green application in shipping, Oceans and Seas with the introduction of technologies to enhance the shape of a greener marine environment, safety, security and global health and wellbeing of those who work on the Seas and Ports.

He said: “Climate change being part of the principal Agenda in the discuss a new strategy has to be installed by the middle of 2023 in several areas of Maritime Operations, Regulation and Shipping are now in Transition of innovation is automation & digitalization, clean energy, pollution control, fuel, low carbon omission and alternate energy utilization particularly in developing countries and in Africa towards low Carbon Economies the goal must be to change ships designs & propulsion.

“Our end goal is “to undoubtedly see more and more fuels coming into the mix while autonomous ships of different sizes, with differing levels of automation will become more commonplace. We need to provide the Regulatory framework for these developments. That, is why IMO is developing a goal-based instrument for Maritime Autonomous Surface Ships, the so-called MASS”

In her opening remarks, convener of the Conference, Mrs. Tosan Edodo lamented the decay of infrastructure in the shipping industry.

Edodo noted that Maritime transport infrastructure has suffered a deficit in the last few years adding that efforts should be intensified towards ensuring that bottlenecks and constraint that inhibits the flow of international trade.