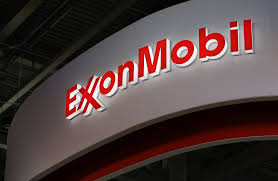 Bogota — Exxon Mobil Corp and Colombia’s state-run oil company Ecopetrol SA have each signed joint contracts with Spain’s Repsol SA to explore for oil in offshore blocks in the Caribbean, the Colombian government said on Wednesday.

The Andean country recently modified contractual terms for offshore exploration and launched a permanent bidding process in an effort to boost its long-stagnant oil sector. Companies including Shell, Noble and Parex have since signed on to operate new blocks.

The two contracts will generate some $700 million in investment, the national hydrocarbons agency (ANH) said in a statement.

Exxon, the world’s largest publicly traded oil producer, and Repsol will split participation in the COL-4 block, located about 100 kilometers (62 miles) north of Bolivar province, but the Spanish company will be the operator, the ANH said.

Repsol will also operate the GUA-OFF-1 block, located 78 kilometers (48 miles) north of La Guajira province, which it will split evenly with Ecopetrol, the ANH said.

“From Repsol the signing of these contracts shows our interest in continuing exploration activities in the Colombian Caribbean and in contributing to maintaining the energy sustainability of the country,” Giancarlo Ariza Merello, Repsol’s director of exploration for Colombia and the western Caribbean said in a statement.​

The contract for GUA-OFF-1 is the second new offshore deal Ecopetrol has inked with the Colombian government this year and its fifth offshore block in the country.