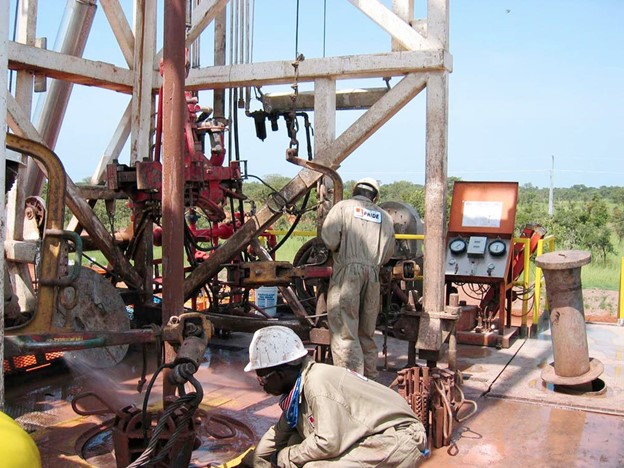 *ExxonMobil personnel working on an oil rig in Chad

N’DJAMENA — Workers at Exxon Mobil’s Doba oilfield in Chad vowed on Monday to continue their three-day-old strike after the company announced it was in talks with Savannah Energy to sell its interests in the project.

The companies said earlier this month that UK-based Savannah was proposing to buy Exxon’s 40% operated interest in Doba and its 40% interest in the Chad-Cameroon oil transportation pipeline.

The workers at Doba, which produced gross 33,700 barrels of oil per day (bopd) on average last year, went on strike on Friday. They say Exxon is refusing to guarantee workers that they would be paid the benefits they are entitled to in the event Savannah takes over and they are laid off.

“The mediation with the government and the labour regulator did not lead to concrete commitments,” Hamit Samba, a representative of the striking workers, told Reuters.

“Production is at a complete standstill across all of (Exxon’s) fields and we plan to hold firm until the complete satisfaction of our demands,” he said.

Exxon did not immediately respond to a request for comment. It said on Saturday it was actively engaged in discussions with the workers and the government to resolve the dispute.

The energy sector is seeing a wave of merger and acquisition activity as companies cut back their oil and gas portfolios in response to uncertainty over future demand for fossil fuels.