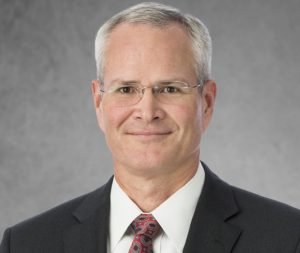 He said this is even more the case under a scenario to limit the global increase in temperature to 2 degrees Celsius.

Speaking at ExxonMobil’s recent annual general meeting, Woods said the company will continue to focus on investments that take advantage of its technology leadership, integrated businesses and highly skilled employees.

According to him, ExxonMobil plans to more than double earnings potential by 2025 while addressing the risks of climate change through continued research into breakthrough lower-carbon technologies.

“Through record discoveries, world-class acquisitions and growing access to attractive markets, we’ve put together the best portfolio of new investments since the Exxon-Mobil merger nearly 20 years ago.

“Our investments are robust to a wide range of price environments, and they leverage our competitive advantages in technology, integration and, most importantly, our people,” he said.

The company has announced it would increase tight oil production in the U.S. Permian Basin five-fold, and start up 25 projects worldwide, which will add volumes of more than 1 million oil-equivalent barrels per day. In 2017, ExxonMobil added 10 billion oil-equivalent barrels to its resource base in locations including the Permian, Guyana, Mozambique, Papua New Guinea and Brazil.