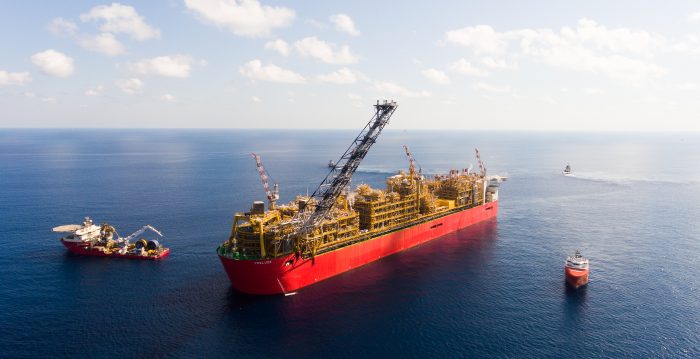 *The Prelude FLNG facility on station during commissioning.

“This agreement aims at extending our constructive business relationships with ExxonMobil that has been created through delivering a series of major offshore projects together,” noted Severine Baudic, managing director of SBM’s Floating Production Solutions unit. “We look forward to continue working together in the future and expanding our track record of reliable execution on deep water projects.”

SBM pointed out that its relationship with ExxonMobil began the 1970s. The firm stated that it has supplied the supermajor with more than 10 floating systems – including five FPSOs, deep water offloading systems and a floating storage offloading (FSO) unit – over the ensuing four decades. It also noted that “multiple major projects” are underway.

One recent project SBM delivered for ExxonMobil is the conversion of a very large crude carrier into the Liza Destiny FPSO. Liza Destiny is the first of as many as five FPSOs to be deployed in the Stabroek Block offshore Guyana.

“We are very pleased with the long-term FPSO supply agreement with ExxonMobil,” stated Bruno Chabas, SBM’s CEO. “This agreement is a continuation of our long history of successful teamwork between our companies, further strengthening our long-term cooperation.”