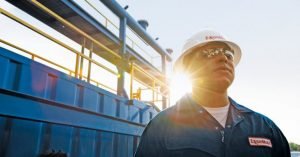 24 May 2018, News Wires – ExxonMobil devised a plan for greenhouse gas emissions reduction by 2020, including a 15 percent decrease in methane emissions and a 25 percent reduction in flaring.

The company is undertaking a number of initiatives to significantly reduce methane emissions.

XTO Energy’s leak-detection-and-repair efforts and operational improvements at U.S. production and midstream sites have reduced estimated methane emissions across ExxonMobil operations by 2 percent in the past year, the company’s statement reads.

Combined with additional measures outside the U.S. focused on the most significant sources of methane, ExxonMobil expects to achieve a 15 percent reduction of methane emissions by 2020 compared with 2016.

Efforts associated with oil and gas production and processing are expected to lower natural gas flaring across ExxonMobil operations by about 25 percent by 2020 compared with 2016. The most significant reductions are expected to occur in operations in West Africa and include the use of third-party infrastructure, the company said.

The company also announced its intention to improve its energy efficiency in refining and chemical manufacturing facilities. It has spent more than $9 billion on lower-emission energy solutions since 2000.

The company has achieved a 10 percent improvement in energy efficiency across its global refining operations following an effort launched in 2000. Advanced efficiency technologies and techniques have helped ExxonMobil’s chemical business reduce its net greenhouse gas emissions intensity by nearly 7 percent since 2013.