FAAC shares least revenue since 2014 due to oil price fall 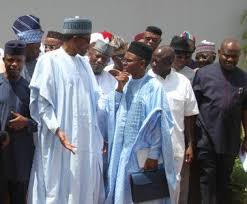 22 April 2016, Sweetcrude, Abuja – The Nigerian government shared N299.75 billion with 36 states and local government areas of the federation for the month of March – representing the lowest total revenue for the three tiers since global oil price began to decline in late 2014.

The allocation was N39.12 billion less than the N338.77 billion shared in February.

The Accountant General of the Federation, Ahmed Idris, said in his secretariat report at the end of the Federation Accounts Allocation Committee, FAAC meeting in Abuja on Thursday that gross statutory revenue received for the month was about N232.62 billion, against N270.5 billion received in the previous month.

He noted that although the usual problem of disruption of oil production continued as a result of shut-ins and shut-down of oil facilities for repairs and routine maintenance during the month, there was slight increase in output, resulting in a marginal income due to a 10 per cent drop in crude oil price.

Besides, he said there was a significant drop in revenue from the petroleum profit tax, PPT, from the multi-national oil companies and the corporate income tax, CIT.

Idris also revealed that the Nigerian National Petroleum Corporation, NNPC, paid the refund of N6.33 billion to the federal government in respect of the N450 billion revenue indebtedness to FAAC, which also realized an exchange gain of N2.9 billion to be distributed among the three tiers of government.

The balance in the excess crude revenue account grew marginally from $2.26 billion to $2.3 billion.

The stark reality of the decline in global oil prices continued to stare in the faces of the states, with most of them continuing to struggle to meet basic obligations to their workers and provision of social services with reduced allocations.

Details from the meeting showed that the federal government, which collected about N127.2 billion in February as 52.68 per cent of the total revenue, would have to make do with a reduced ration of N109.11 billion for the month.

Equally, states, entitled to 26.72 per cent, would collect only N55.34 billion this month, as against the N64.52 billion they collected the previous month, while local governments, which took N49.4 billion in February for 20.6 per cent of the total revenue would share only N42.67 billion for the month.

The nine oil producing states would share only N19.75 billion as 13 per cent derivation for the month as against the N22.78 billion went received in February.