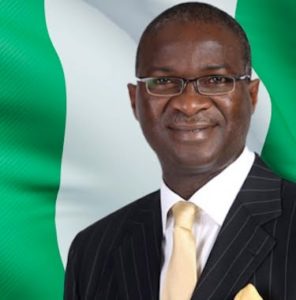 11 October 2017, Sweetcrude, Lagos — The Minister of Works, Power and Housing, Mr. Babatunde Fashola, is currently at loggerheads with electricity distribution companies, DisCos over their perceived constituting a hindrance to the development of solar power in Nigeria.

The minister in a statement today, said the DisCos do not have exclusivity to electricity distribution.

According to the Fashola, the Electric Power Sector Perform Act of 2005, EPSRA, negates monopoly to any licensee.

The statement then revealed that the immediate concern of the government is to find a way out to the 2000megawatts being rejected by the DisCos.

“DisCos have nothing to fear about solar. It is a space which they are entitled to play but in which they cannot exclude others from playing. The ESPRA did not contemplate a monopoly for any licensee unless it is expressly stated in the license.

“As for channelling investment into Distribution assets through the DisCos, Government has not yet taken a position on what the best way forward will be. “However, the government is clear that a solution must be found quickly to the inability of DisCos to take about 2000 MW of power that will imminently increase as we get more incremental power”.

“But the point that must be made is for all of us to remember that government is a 40 percent shareholder of the DisCos (on behalf of the federal, state, local governments and workers) and, therefore, has a self-benefitting interest in the well-being and efficiency of the DisCos.”