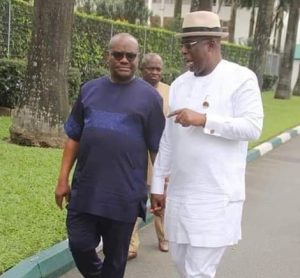 Port Harcourt — The Federal Government has announced that a new refinery would be built in Rivers State to bring the number of refineries in the state to three.
The Minister of State for Petroleum Resources, Chief Timipre Sylva, made the announcement when he led the management of the Nigerian National Petroleum Corporation, NNPC, on a courtesy visit to the Government House, Port Harcourt.
Sylva, who did not disclose further information about the new refinery, also disclosed that plans have reached an  advanced stage to rehabilitate the existing refineries in the country.
The Minister explained that  the Federal Government decided to start the rehabilitation programme from the two refineries in Port Harcourt because Rivers State is the headquarters of the hydrocarbon industry.
He commended Rivers State governor, Nyesom Wike, for being persistent in his quest to get the Refinery Road dualissd and promised that the Ministry would support the move.
Earlier, Governor  Wike had assured that the Niger Delta region was safe for companies to conduct their businesses.
The governor also lamented that the NNPC has not done anything substantial for the state after many years of operations in the state.

“The  Port Harcourt Refinery has continued to operate below installed capacity. Even the access road has been in a poor state for years.
“I urge you as minister and members of the board of directors to dualise the three-kilometres road and change the narrative,” the governor said