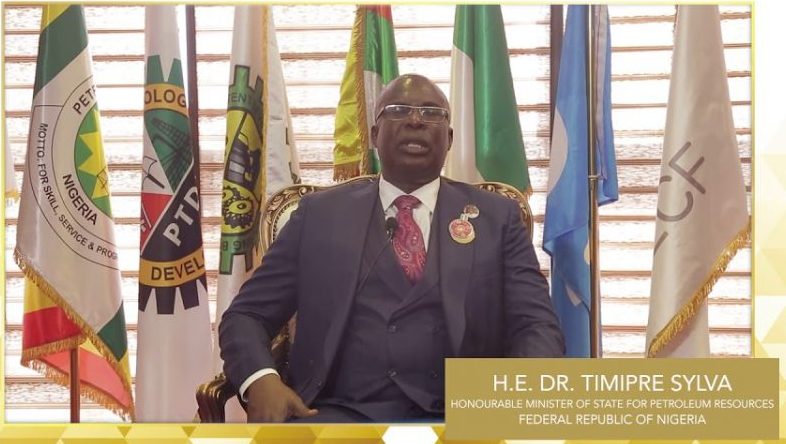 Abuja — In a bid to tackle the challenges confronting the gains from oil and gas operations in the country, the Federal Government has affirmed its commitment to the implementation of the nationwide gas infrastructure blueprint.

Vice President Yemi Osinbajo disclosed this at the 20th Nigerian Oil and Gas Conference in Abuja, NOG2021, with the theme, fortifying the Nigerian oil and gas industry for economic stability and growth.

Osinbajo, represented by the Minister of State for Petroleum, Chief Timipre Sylva, urged industry players to critically focus on the nation’s vast natural gas resources as a transition fuel that will function as a bridge between fossil fuels and cleaner energy.

He said the theme of the event was apt, as the critical assessment of Nigeria’s preparedness for oil and gas industry stability and growth in the wake of energy transition dynamics cannot be over emphasized.

“We are not unmindful of the peculiar challenges confronting the gains from oil and gas operations in Nigeria. From infrastructural deficiency and insecurity to high cost of operations, to mention just a few, the Government is working conscientiously to tackle all without lagging behind on our path to meeting the global demands that our signatory to international protocols on cleaner energy have placed on us.

“You must have noticed that despite the current global challenges in the Industry, the Government has been supporting the aggressive implementation of the nationwide gas infrastructure blueprint.

“This informed our recent declaration of year 2021-2030 as “the Decade of Gas” after the successful kickoff with the National Gas Expansion Programme in 2020.

“The future survival and success of many players in the industry would not only depend on their achieving greater focus on cleaner energy source, but also upon the ability to deliver low-cost solutions.

“Consequently, the Government is encouraging our industry players to critically focus on our vast natural gas resources as a transition fuel that will function as a bridge between the dominant ‘dirty’ fossil fuels of today and the cleaner energy of tomorrow.

“Natural gas has the intrinsic abilities to meet the increasing global requirements for cleaner primary energy use, while at the same time enabling much needed domestic industrialization for rapid economic growth in very few endowed countries such as Nigeria.”

For his part, the Minister of State for Petroleum Resources, Chief Timipre Sylva, said the President Muhammadu Buhari led administration was committed to economic growth and stability in the country.

Sylva who was also represented by the Permanent Secretary, Ministry of Petroleum Resources, Bitrus Nabasu, said Nigeria will be celebrating her 50th anniversary of being OPEC member this July.

He also said that Nigeria has contributed her quota to the sustainability of OPEC in the last five decades.