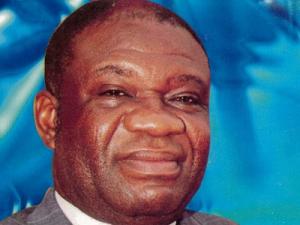 13 August 2013, Abuja – The Federal Government has blamed the epileptic power supply in the country on vandals who sabotage pipelines supplying gas to power stations as well as transformers.

Minister of Power, Professor Nebo Chinedu who disclosed this after a joint meeting of the Niger Delta Power Holding Company and the National Council on Privatisation said such acts of sabotage could only be attributed to ‘madness or being politically motivated’.

The Minister who joined the governor of Benue State, Gabriel Suswam to address newsmen at the end of the meeting said the recurrent vandalism of gas pipelines to power plants which has led to the disruption in electricity generation was not an attack on government but on Nigerians who bear the brunt of power disruption.

According to the minister, the condensate extracted from the pipelines which appears to be the only attraction for these vandals attract no substantial commercial value.

The minister said the western axis of the pipelines network has been worst-hit but assured the public that urgent repairs are ongoing.

Apart from the vandalisation of pipelines, the minister also attributed the decline in power supply to the reduction in water levels at the nation’s hydro-electricity power plants and vandalisation of transformers.

He said “It is important to note that with regard to the busting of gas pipelines and vandalism of pipelines that bring gas, there isn’t any significant commercial value behind the action. It is sheer madness or may be essentially politically motivated just to cause damage to the country and to Nigerians. The ones that we find to be commercially motivated are so very painful.

“The reason for people to carry out this act of vandalism is within them, because it is something that is beyond explanation, it is consistent, some people try to vandalize for all kinds of reasons, why they engage in this act of sabotage.

“I agree with you that many serious arrests have been made, just like the issue of crude oil theft that is going on in this country. I think the seriousness given to this by the Federal Government to make sure that they arrest whoever that is involved in this act of sabotage is something that should give comfort to Nigerians otherwise, the efforts and the huge amount of money being expended by government to ensure Nigerians enjoy constant supply of electricity is being sabotaged by some unknown individuals whose motivation is actually not known to anybody, except to say that this is an act of madness. Any reasonable person should rejoice on the fact that the things that are given to Nigerians should be protected by all Nigerians” he said.

The minister added: “the ones that we find to be commercially oriented are so very painful in the sense that what these young men steal from the transformers are copper. when you now put the total sum of the most recent one that they vandalized, all the copper they collected that they will sell as scrap was not worth up to N10,000, but in the interim they have knocked off one million people from power supply and also of course it caused the DISCO N27 million to fix the damage.

“We again appeal to the entire citizenry be your brothers keeper, protect whAt belongs to all of us, protect Nigeria from these vandals” he said.

Earlier in his remarks, the governor of Benue state, gabriel Suswam said the meeting was to review the progress made so far in the power sector.

He said “As you know we went on a road show and as you know some advertisement were placed on the newspapers for people who were interested in the purchase of the 10 power companies to indicate interest. We received lots of interests, we received about 110 submissions.

“The joint evaluation committee which evaluate these interests, passed 82 submissions amounting to about 386 expression of interest on various plants. We have about 46 consortia and were shortlisted for Bariam power plant; we have 44 consortia expressed interest and were short listed for Benin, 42 were short listed for Omotosho, 41 for Egbema, 41 for Omoku, 39 for Geregu, 37 for Calabar and 36 for Ogwurode, 30 for Olaoje, 30 for Oloronshogo, amounting to 386.

“The joint meeting considered the presentation which was made to them arising from the joint technical committee of the Niger Delta Power Holding Company which took place on the 6th of August 2013 and approval were given on the prayers put forward as relates who expressed interest” he said.