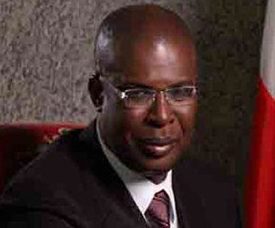 Port Harcourt — The Federal Government has applauded the Nigerian Liquefied Natural Gas Limited, NLNG for relocating its corporate head office from Lagos to Port Harcourt, describing it as a win-win development for all stakeholders.

The Minister of State for Petroleum Resources, Timipre Sylva, said NLNG’s relocation to its host state, has demonstrated that NLNG was a company committed to corporate excellence.

Sylva who spoke at the commissioning of the NLNG smart head office in Amadi Ama, Port Harcourt, also commended the NLNG for playing a very crucial role in the country’s gas expansion project.

He congratulated the board, management and the entire workforce of NLNG for the relocation and wished them more lofty achievements in their quest for sustained excellence.

“In a space of just about 32years, the NLNG has become a major player in global LNG space, rising from a single train production to six operational trains and one more soon to be under construction.

“The successof this company remains a model worthy of emulation, that is why it gives me much joy that once again, the NLNG has once again demonstrated its commitment to corporate excellence by situating its corporate headquarters in the state where it operates.

“This indeed is a win-win development for us in government, the hosr state and the NLNG itself, which has been unwavering in delivering value to shareholders and stakeholders alike.”

The Minister added that for decades, NLNG has demonstrated commitment to the country’s aspiration to be a leading gas producer in the world.

“In this decade of gas, I am assured that the NLNG will continue to support our drive for domestic gas expansion, while playing a fundamental role in monetising the vast gas resources of Nigeria to provide much needed foreign exchange earnings that enable domestic industrialization, growth and national development.”