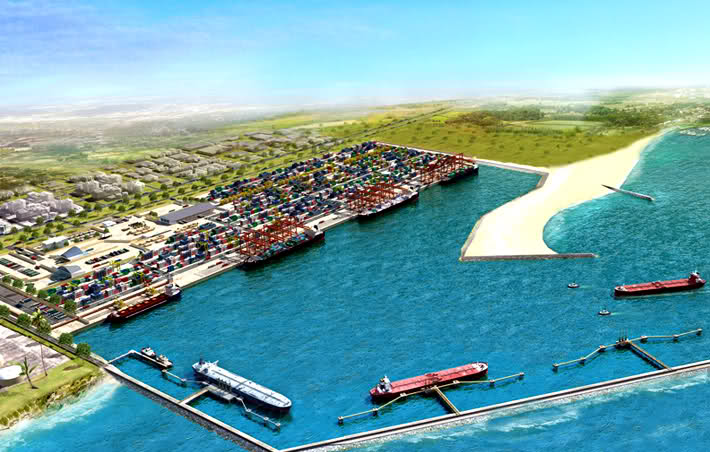 Lagos — The Federal Ministry of Transport, FMOT, promoters of the Lekki Deep Sea Port, and the Nigerian Ports Authority, NPA, have expressed concern over poor road infrastructure around the Lekki Deep Seaport to enable movement of goods when it becomes fully operational.

Presently, the Port is serviced by a dilapidated single lane road which has been in use for over 30 years now.

The progress status report compiled by the three establishments as obtained by Sweetcrudereports, stated that enhancement of the existing road network with the inclusion of rail connectivity of the port to the national railway is imperative so as avoid the problem of cargo evacuation to other parts of the country.

In the report, tagged as ‘Potential Challenges of Cargo Evacuation’, some roads were proposed for upgrade while two new roads were also proposed to be constructed in addition to the existing one in that axis.

Some stakeholders said a network of at least seven roads are required for the successful cargo evacuation from the port and the free trade zone.

Part of the road being proposed for upgrade and expansion is the Oke-Oso-Itoikin road to Ara–Poka road. Another road that requires upgrade is the Itoikin-Ijebu Ode Expressway.

The stakeholders are also saying that there should be dualization of the Lekki–Epe Road from Ibeju-Agbe to T-Junction, Epe, and expansion of the Lekki Epe Expressway from Ajah to Eleko Junction.

Two new roads being proposed in the report are the construction of the Coastal Road from Ekeko Junction to Lagos Free Zone which is about 23 kilometres with a new Axial Road.

Meanwhile, the Minister of Transport, Mr. Rotimi Amaechi, has said that it is not his duty to build roads adding that if road construction were part of his functions, the road network would have been part of the original port plan.