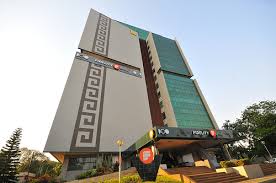 22 April 2018, Accra, Ghana — Fidelity Bank Ltd., a closely held Ghanaian lender, plans to list its shares for trading on the country’s bourse by 2020 as it targets a spot among the largest three banks in the West African nation.

Shareholders of the country’s fourth-largest lender on Friday approved a proposal to raise 70 million cedis ($16 million) by selling stock to selected investors, Managing Director Jim Baiden said in an interview in Accra, the capital. Fidelity will also transfer 20 million cedis of its surplus income to boost its capital buffers, he said.

The Bank of Ghana in September raised the minimum capital level for the country’s lenders to 400 million cedis, from 120 million cedis, and gave the country’s institutions until the end of the year to meet the goal. The new rules have spurred a flurry of capital-raising efforts, with Energy Commercial Bank Ltd. seeking to raise about 330 million cedis through an initial public offering, Societe Generale Ghana Ltd. planning a 170 million cedis-rights issue, and Universal Merchant Bank Ltd. in talks with investors for 260 million cedis.