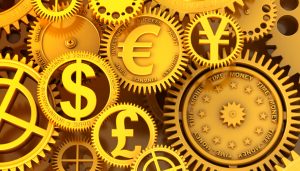 03 August 2017, Sweetcrude, Lagos — The local and international financial market products and services update.
NIGERIA: Nigeria is expected to emerge from recession this year, but threats to recovery remained elevated and the economy will not grow enough to reduce unemployment and poverty, the International Monetary Fund said on Wednesday. Nigeria slipped into a recession last year as low crude prices and oil production slashed government revenues, caused dollar shortages and crippled its economy. The Fund projected Nigeria’s economy will grow 0.8% this year, it said in a report, adding that various indicators suggest an uptick in economic activity in the second quarter.

FX: I&E window data analysis for this week suggests that trades are still being done within the range of 360-375 levels. FX turnover which printed at c$712mio has also helped the market. Wholesale results released last night which had $100m on offer.

FIXED INCOME: N250bn was rumoured to have been mopped up at Tuesday’s special OMO. Money market is was long N75bn at close of business yesterday with an N85bn OMO maturity expected today. However, any announcement of an FX retail auction could still put a strain on liquidity. Activity in the fixed income market is back in full swing today

U.K: Britain’s economy has moved into a phase of “steady but sluggish” growth and is at risk of a further slowdown, according to IHS Markit.Publishing its latest Purchasing Managers Index, Markit said the U.K. is on track for 0.3% expansion this quarter, matching the previous three months. But subdued optimism in the face of Brexit suggests growth will “remain modest and could easily weaken in coming months.”
The comments come as the Bank of England prepares to announce its latest policy decision later on Thursday. While some officials voted to hike interest rates in June, weaker economic growth and a slowdown in inflation means the majority will probably vote to keep the benchmark rate at a record low.

RUSSIA: Russia warned of worsening ties with the U.S. after accusing President Donald Trump of caving in to Congress by signing a law that could keep sanctions in place for years.
The legislation is “a declaration of fully-fledged economic war on Russia” that could last for “decades,” Russian Prime Minister Dmitry Medvedev wrote. The Trump administration “has shown its complete weakness” by signing the law and “relations between Russia and the U.S. are going to be extremely tense,” he said. Russia, which has already retaliated by ordering the U.S. to slash staff at its diplomatic mission by almost two-thirds, could take further “counter-measures,” according to the Foreign Ministry.

COMMODITIES: Oil traded near $50 a barrel as investors weighed declining U.S. stockpiles against rising output.
Futures added 0.3% in New York, extending their 0.9% gain on Wednesday. U.S. crude inventories dropped by 1.53 million barrels last week, while gasoline supplies fell for a seventh week, according to a report from the Energy Information Administration. U.S. oil production rose to the highest level since July 2015.
Oil climbed above $50 a barrel this week for the first time since May amid increased confidence that output curbs by the Organization of Petroleum Exporting Countries and its allies are rebalancing the market. There are also signs of a pickup in fuel demand, with U.S. gasoline consumption surging to a record 9.84 million barrels a day last week.