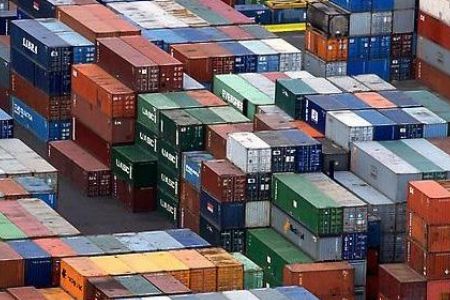 18 May 2018, Sweetcrude, Lagos — FOREIGN shipping companies operating in Nigeria have been accused of contravening Federal Government directive on holding bays for their empty containers.

Maritime stakeholders yesterday in Lagos indicted foreign shipping lines of deliberately not having holding bays for their empty containers in order to defraud the nation’s economy.

Speaking at the Nigerian Ports Authority quarterly stakeholders meeting held at the Rockview hotel in Apapa, said that despite letters written by NPA to the shipping firms more than six years ago, these companies bluntly refused to yield to the call.

Segun Oduntan, Chairman of the Tin-Can Island Chapter of the Association of Nigeria Licensed Customs Agents, ANLCA, said that these shipping companies have formed a Cabal against the Nigerian port industry.

Oduntan said that there is a cabal is gang up against the issue of container holding bays and warned the management of NPA not allow itself to be subdued by this cabal.

The ANLCA chapter chairman noted that these shipping firms are just exploiting the uncoordinated port system being experienced in Nigeria.

Similarly, an officer of the Nigerian Navy, in charge of the traffic management at the port access roads, Commodore Okon Eyo disclosed that more than six years ago, a letter was written to the shipping firm to make arrangements for holding bays for their empty containers.

Eyo said that almost seven years after, no shipping firm has constructed holding bay for this purpose.

Eyo who gave an overview of the causes of the traffic gridlock in Apapa area of Lagos suggested that if the issue of holding bays for empty containers was not resolved, the trafiic situation in the port area will linger for a long time.

In her reaction to the development, Managing Director of the Nigerian Ports Authority, NPA, Hadeza Bala Usman said that shipping companies are meeting up with agency speed of operations.

Usman who represented by the Executive Director in charge of Marine and Operation in NPA, Mr. Sekonte Davis said that the agency will not be deterred in the discharge of its duties.

“We are giving them time to develop, their rate of development is not at a pace we anticipate, after much engagement, they have to do what is needful and everybody is now aware I believe that will spur them up to take the necessary action.

“We don’t want to give ultimatum but we want to give them opportunity to do it, we will quicken them in that regard.