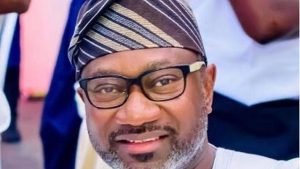 The company said in a statement it was seeking shareholder approval in a vote on Feb. 7 to start talks with billionaire Otedola, according to Reuters report.

Forte plans to use proceeds from the sale of the power firm to expand its fuel retailing unit, its main focus.

Otedola will not take part in the shareholders’ vote on Feb. 7, the company said.

Besides fuel retailing, Forte also imports fuel and car lubricants, which it resells at petrol stations.

Nigeria’s retail fuel sector operates under a tightly regulated fixed margins, and so requires a lot of capital to expand. The sector could be deregulated given its impact on the Nigerian currency and import bill.

The company said on Thursday that Otedola had shown interest in bidding for the power unit and that his proposal would be reviewed by management and an independent adviser.

A public tender to sell the power asset received “unexpectedly low interest”, Forte said, adding that pricing proposals it received did not meet its expectation.

Otedola has also agreed to sell his 75 percent interest in Forte Oil’s downstream business, with the deal expected to close in the first quarter.