Forte Oil to sell some Nigerian assets, pull out of Ghana 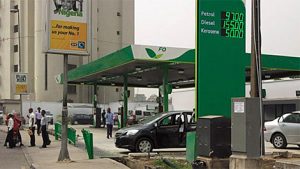 03 May 2018, Lagos – Nigerian energy firm Forte Oil said it plans to sell its upstream services and power businesses in Nigeria and divest from Ghana to focus on its core fuel distribution operation at home.

The move comes as a surprise about-turn for a company whose Chief Executive Akin Akinfemiwa told investors in Lagos in August that he wanted to aggressively pursue M&A opportunities along the energy value chain and acquire marginal oilfields to boost its upstream business.

The company, majority owned by billionaire Femi Otedola, had also been in talks with a major refinery to form a strategic partnership for local refining of petroleum products.

Forte Oil’s share price plunged 49 percent last year after the company struggled to get hard currency to import products. It now has a total market value of 57.3 billion naira ($188 mln) but gave no indication on Wednesday of how much the businesses for sale might fetch.

It said interest costs attributable to the businesses to be sold stood at 2.2 billion naira as of December. It now plans to seek shareholder approval for the sale on May 23 and appoint advisers, it said in a notice to investors.

Forte Oil did not give a reason for the change in direction but said the downstream sector in Nigeria had gone through changes in recent years and was expected to evolve further.

It added that the industry has operated under a tightly regulated fixed margin but could be deregulated especially given its impact on the Nigerian currency and import bill.

The government increased petrol prices by 67 percent to 145 naira in 2016 to cut subsidies paid for fuel imports after a plunge in oil prices hit state revenues, caused dollar shortages and halted infrastructure projects with firms laying off tens of thousands of workers.

However, the hike did not prevent gasoline shortages which have plagued Nigeria for much of last year and this year.

Nigeria’s existing and ageing refineries have a daily domestic refining capacity of 6 million liters, while the daily consumption stands at 35 million liters, so the country has to import the bulk of what it consumes.

Forte Oil has two storage depots, five aviation fuel depots and a lubricant blending plant. It also has 100 trucks for distribution of products across its more than 500 retail outlets which would require a lot of capital to expand.

Its 57-percent owned power unit, Amperion Power Distribution Company, has a lot of receivables due from the state-backed offtaker and its upstream unit has contributed less than 7 percent to group earnings over the past three years.

The unit in Ghana has declared losses over the last three years and has uncollectible trade debts due to tough economic conditions and a currency devaluation in the cocoa-rich country.

Forte Oil said proceeds from the divestment would be used to expand its downstream fuel distribution business and to invest in storage infrastructure.

“The changing landscape also suggests backward integration would be essential to remain competitive within the sector, particularly in the face of impending deregulation,” it said in the notice.

Shares in Forte closed flat on Wednesday at 44 naira, and have risen 4 percent this year.