Four killed as mining pond collapses on miners in Plateau 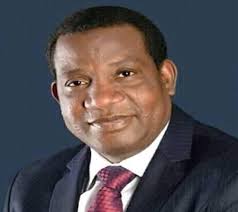 13 April 2018, Sweetcrude, Abuja – Four miners were instantly killed on Wednesday in Funga village of Wase Local Government Area of Plateau State when a mining pond collapsed on them.

The victims were said to have come from Wase, Kanam and Qua-an Pan local government areas of the state.

A witness told newsmen that the mining site was discovered recently, “and people from different parts of Wase and other areas of the state are trooping there to mine for precious minerals in order to make ends meet”.

“When the pond collapsed, other miners made efforts to rescue the victims alive but to no avail, as they brought them out dead given the time it took them to trace their remains, ’’ the source said.

The Chairman of Wase Local Government, Plateau, Alhaji Hassan Garba, has visited the pond and warned on the dangers of such illegal mining activities.

“Government will deal with anyone caught indulging in such illegal activity which has brought grief upon the state,” Garba warned.

The chairman had also commiserated with the families of the two victims that hailed from his council and admonished them to regard the incident as an act of God.

“Only God knows why He allowed such misfortune to befall them,” he said.

NAN reports that the four victims have already been buried according to Islamic rites.