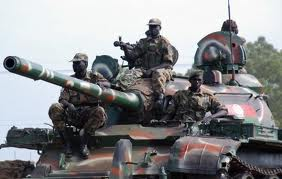 “Battles are ongoing until now. Rebels failed to reach their goals, and there are losses on both sides,” he said of the clashes on Thursday and Friday.

SPLM-North spokesman Arnu Lodi said the rebels had destroyed two garrisons close to Talodi on Thursday to cut off supply lines to the town.

“We have now encircled the town,” he said, adding that government troops had suffered “heavy losses”.
Khartoum has accused South Sudan of supporting SPLM-North, but Juba denies the claim.

The states of South Kordofan and Blue Nile are home to populations which sided with the south during the civil war but were left on the Sudan side of the border. The Sudanese army has been fighting SPLM-North in both states since last year.

Sudan and South Sudan have yet to agree on how much the South should pay to export its oil through Sudan, on how to mark their joint border, and on a solution for Abyei, another disputed region.