From Asia to the U.S., fuel prices pummeled by coronavirus fallout 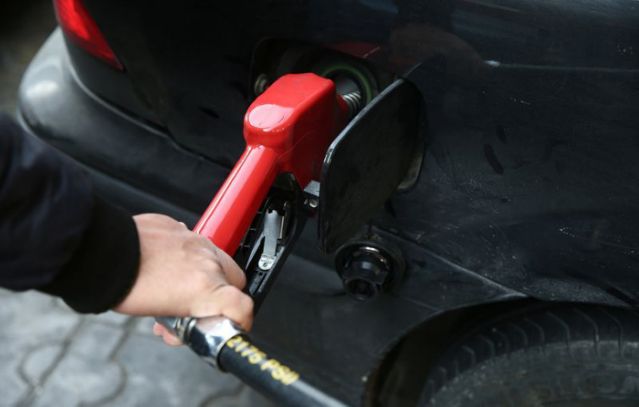 *A motorist fueling a vehicle

Houston — Prices and profit margins for motor and aviation fuels globally are under pressure from a severe loss of demand as more countries enforce lockdowns and planes are grounded, forcing more refineries to reduce output.

U.S. ultra-low sulfur diesel was the latest product refined from crude oil to take a hit in its cash market last week, after refiners boosted production in a bid to flee poorer margins for other products more affected by coronavirus fallout.

Refining margins for gasoline and jet fuel have tanked because of decreased demand for transportation fuels, as the disease outbreak has forced businesses to close and governments to push residents to avoid travel and public places.

In Asia, profit margins for jet fuel turned negative for the first time in over a decade as global airlines canceled flights.
Emirates and Singapore Airlines were the latest carriers to announce huge cuts in their passenger flights.

European jet fuel prices last week plummeted to a near 17-year low, and for the past eight trading sessions European refiners have been producing gasoline at a loss.

For most of last week, U.S. diesel margins held up relatively well, as both trucking and farming, two sectors that rely on diesel, continued operating.

But refiners’ moves to divert production capacity previously devoted to other fuels to diesel is starting to cause oversupply in some regions, leading to a drop in cash prices, market participants said.

Elsewhere in the Midwest ULSD-DIFF-G3 and on the Gulf Coast ULSD-DIFF-USG, prices were the lowest seasonally since 2016.

That could augur declines in diesel refining margins HOc1-CLc1, which are still seasonally strong at $18.53 a barrel.

Meanwhile, gasoline refining margins RBc1-CLc1 are at $3.55 a barrel, the lowest for this time of year since at least 2005, Refinitiv Eikon showed.

Underscoring falling demand, Colonial Pipeline Co said on Thursday it would cut volumes on its primary lines delivering gasoline and diesel fuel to the U.S. East Coast from the Gulf Coast.

Refiners around the world have already started cutting output or are considering such measures as the coronavirus curbs travel and driving.
Exxon Mobil Corp (XOM.N) cut production on Saturday at its 502,500 barrel-per-day-capacity Baton Rouge, Louisiana, said sources familiar with plant operations.

Taiwan’s state-owned oil refiner CPC Corp will cut crude throughput rates in April by less than 10% from around 70%-80% currently, as the coronavirus pandemic has lowered fuel demand, two sources familiar with the matter said on Monday.