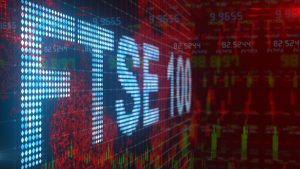 Western powers warned that Russia’s military build-up around Ukraine was continuing and an invasion was possible at any time, while Russian-backed separatists in eastern Ukraine said they planned to evacuate residents.

The index recorded its biggest weekly fall since November, after 30-year high inflation numbers released earlier in the week and tensions in Ukraine hit sentiment.

“If we see tensions dissipate, then the FTSE will recover and do much better next week because people will start to buy back stocks that they’ve got rid of now that they feel more confident,” said Danni Hewson, financial analyst at AJ Bell.

British retail sales grew faster than expected in January, recovering about half the losses suffered in December due to the Omicron coronavirus wave.

“The data we have had this week collectively looks sufficient to convince the Bank of England that the economy can cope with another interest rate rise being delivered next month,” said Stuart Cole, a macroeconomist at Equiti Capital.

Defensive stocks including consumer staples were the top performers as Reckitt Benckiser Group extended gains after posting strong results on Thursday and Diageo and Imperial Brands rose nearly 1% each.

GSK fell 0.8% after the drugmaker paused a late-stage trial of its vaccine candidate against the respiratory syncytial virus (RSV) in pregnant women.