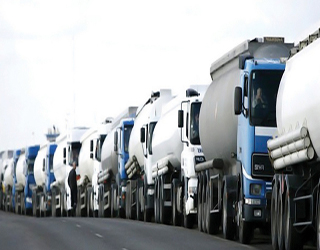 Port Harcourt — Another round of fuel scarcity in Port Harcourt and its environs, was on Friday averted following the calling off, of the planned strike by the Nigerian Union of Petroleum and Natural Gas Workers, NUPENG.

Already, fuel queue was almost resurfacing as some petrol stations in the city of Port Harcourt were under locked and key, while minimal queue was seen in some filling stations.

The strike, our correspondent gathered was as a result of leadership tussle in the Petroleum Tanker Drivers, PTD branch of NUPENG at the Port Harcourt Refining Company’s unit.

Speaking to our correspondent on the telephone, the National Treasurer of NUPENG, Alex Agwanwor, said Eleme community rose up against the union and even locked up NUPENG offices in the refinery, over the outcome of PTD election which did not favour a candidate, who is an indigene of Eleme.

Agwanwor who is also the Port Harcourt Zonal Chairman of NUPENG and Rivers State Chairman of United Labour Congress, said normalcy has now returned to the union as everything has been resolved.

He said it took the intervention of the Rivers State Government and the National Executives of NUPENG to resolve the issues.

“We have called off the strike. What happened is that there was election in Port Harcourt Refinery, but Eleme community locked up our offices because their candidate did not emerged the winner.

“But now everything has been resolved and normalcy has returned.”

On the fuel queue which resurfaced in Port Harcourt as a result of the planned strike, Agwanwor assured that before this Sunday, the queues will fizzle out, as tanker drivers and filling stations have been directed to began loading products.