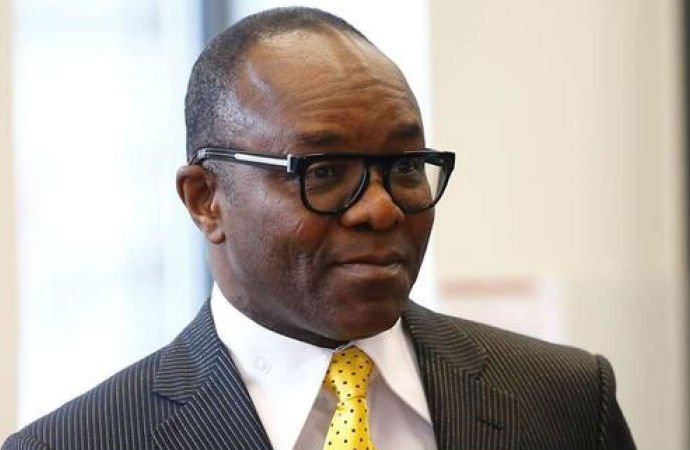 Oscarline Onwuemenyi
08 December 2017, Sweetcrude, Abuja – The Federal government has sought to allay fears over the on-going scarcity of Premium Motor Spirit (PMS), noting that it is on top of the product supply situation nationwide, after days of fuel scarcity which began earlier in the week.

The Minister of State for Petroleum Resources, Dr. Emmanuel Ibe Kachikwu revealed during a press briefing on Thursday that the ministry in conjunction with the Nigerian National Petroleum Corporation (NNPC) was doing everything it could to end the scarcity and ensure adequate petrol in all parts of the country in time for the Yuletide celebrations.

He said, “This created a ripple effect across major cities in the country, and the queues became visible because of the rush by motorists to buy products before the suspected price increase.”

He noted that the government, through the ministry of petroleum resources, has taken some steps during the week to ensure availability of products including stricter monitoring of supply and distribution by regulatory agencies like the Department of Petroleum Resources (DPR) and the Petroleum Products Pricing Regulatory Agency (PPPRA).

He added that, “Furthermore, the government has ensured additional trucking to major cities by the NNPC using their strategic reserves in Suleja, Minna, Gusau and Gombe.”

According to Kachikwu, the situation in Lagos and Abuja is improving, with queues expected to thin out completely in next few days.

“The situation in Lagos is improving and is expected to get better by Friday (today). In Abuja, the queues are expected to thin out completely by the weekend. We also expect the Kaduna area to be served by the Kaduna refinery and other reserves,” he observed.

The minister of state also noted that for the long-term solution to the challenge of fuel availability, the vision of the government was to ensure sustainability in the supply and distribution of petroleum products through the revamping of the four local refineries including oil and gas infrastructure, the creation of modular refineries in different parts of the country, and the implementation of wholesome oil and gas policies for the downstream sector of the industry.

Recall that at the conclusion of the Federal Executive Council meeting presided over by Vice President Yemi Osinbajo at the Presidential Villa, Abuja, on Wednesday, the Federal government gave the minister of state and the NNPC an ultimatum to bring the fuel situation under the control by this weekend.

The Minister of Information and Culture, Alhaji Lai Mohammed, made the government’s position known while answering questions from State House correspondents at the end of the meeting.

He said Kachikwu was initially scheduled to join him at the briefing but could not do so because he needed to attend an important meeting as part of efforts aimed at resolving the fuel supply crisis.

Mohammed allayed the fears in some quarters that the government might be planning to increase the pump price of Premium Motor Spirit, also known as petrol.

He added that Kachikwu assured members of the council that the country had enough stock of petrol that could last till the end of January 2018.

Mohammed said, “One, the government has no intention at all to increase the pump price of PMS. Two, the minister (Kachikwu) assured the council that we have enough products till the next one month, even till the end of January.

“The council gave him (Kachikwu) a matching order that this fuel scarcity should not last beyond this weekend and they are going to work very hard to ensure that it is curtailed. He assured council that there is actually no cause for alarm.”