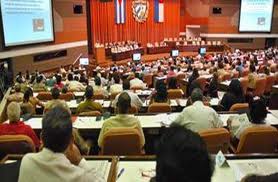 02 January 2012, Sweetcrude, ABUJA – As more Nigerians react angrily to the removal of fuel subsidy by the federal government, members of the National Assembly vowed on Monday to oppose the policy.

Opposition lawmakers in particular threatened that they would do everything within their powers to stop the decision.

Members of the House of Representatives vowed to ‘stand by the Nigerian people’ in their trying moments saying that the timing of the removal by the government ‘represents the height of insensitivity’.

The Senate Minority Whip, Senator Ganiyu Solomon, faulted the government’s decision, expressing surprise that it went ahead to remove the subsidy on Premium Motor Spirit (petrol) in disregard of the masses opinions against the policy.

“The announcement of a new regime for the downstream sector of the petroleum industry leading to the sudden hike in the pump price of Premium Motor Spirit (pms) from N65 to N141 on a New Year day represents the height of insensitivity on the part of government.

Granted that the debate was already becoming healthy and interesting but the sudden announcement of the take off of the policy on a new year day after government has prevaricated on the possible take off date is suspects and smacks of some clandestine undertones of a possible foreign or external influence. We hope to stand with the Nigerian people as their representatives to stop this executive madness. A government does not wake up and impose hardship on its people” he said.

In his reaction, the chairman of the House committee on capital market and institutions, Hon. Herman Hembe described the action of the executive as ‘wicked and out of tune with the realities of poverty that faces our people.

“How can the government be so insensitive as to bequeath hardship to its people as a New Year gift? Why should the ordinary Nigerian be made to suffer for the failure of past governments?

This action is patently wrong and if it means for us as a parliament to lead a protest against it, we will do that. Our constituents who are already impoverished cannot afford this new hardship being imposed on them by the executive. It is unacceptable to me and to many of my colleagues in the House of Representatives” he said.

Hon. Orker Jev in his reaction accused the government of callousness and hypocrisy saying the government cannot say it is still consulting and at the same time take its people by surprise.

“This is not the way for a government to win the confidence of its people. The officials of the executive arm of government told the nation repeatedly that consultation is still on going only to suddenly turn around to pull the rug off the feat of its people. This is deceit and we are as a parliament must resist this to the last’ he said.

Deputy Minority Leader, House of Representatives, Mr. Suleiman Abdurahman-Kawu, described it as “another form of terrorism against Nigerians.”

He said, “We will use the law to stop this inhuman act. It is another form of terrorism against Nigerians, who are already impoverished.

“We will not fail to salvage them from this bondage and enslavement. This is another form of terrorism against the Nigerian people which we as their true representatives will not allow.”

The All Nigeria Peoples Party lawmaker did not explain how the House would use the law to stop Jonathan but stated that petrol subsidy removal would top the agenda of the legislature when lawmakers recovene on January 10.

Before proceeding on break, the House had given its position on the policy, asking the government not to proceed with the removal.

In a resolution, the House described the policy on removal of fuel subsidy as “premature.”

In a reaction to government’s excuse to use part of the subsidy proceeds to fund the 2012 budget, the House had insisted that “sources other than revenue from subsidy” should be explored to finance the budget.

Last week, the Chairman of the House Committee on Media and Public Affairs, Mr. Zakari Mohammed, had said the House had not changed its opposition to the removal of subsidy.

“On this issue, we are on the same page with Nigerians. Nigerians say that they dot want fuel subsidy to be removed.

“As their representatives, we will do what they say; we do not support the removal of subsidy”, Mohammed had said.

However, the Chairman of the Senate Committee on Federal Character and Inter-Governmental Affairs, Sen. Aweisu Kuta, said Nigerians should not take laws into their hands because of the removal of subsidy, noting that the government should be given the chance to fulfill its promise on the utilisation of the savings from the implementation of the policy.